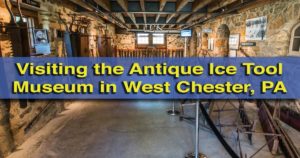 Going into my visit at the Antique Ice Tool Museum in Chester County, Pennsylvania, I honestly wasn’t expecting much. I assumed that I would find a collection of dusty tools in a dark show room. However, what I discovered couldn’t have been further from the unremarkable museum that I imagined.

Few realize that a century ago, that ice was a billion-dollar business that employed 160,000 people. During this time before electronic refrigerator, the ice would be harvested naturally from frozen rivers and lakes during the winter time and stored in large warehouses. The industry was centered around the Hudson River in New York, and Kennebunk River in Maine, but existed in almost any cold-weather area of the United States.

At the height of the industry, 40 million tons of ice were harvested during the winter, supplying ice for both home and commercial use. Ice was also sent to ports in places as far away as India and Australia, which helped make ice the second-largest export in the United States, behind only cotton.

The Antique Ice Tool Museum in West Chester helps to tell the story of this once influential industry through the display of one of the largest private collections of antique ice tools in the world.

The museum was started by Peter Stack. Stack started a large, modern ice company in the Brandywine Valley, thanks to the skills he had learned from his father, who once ran a natural ice harvesting company in New York.

Stack’s large collection of tools dating from 1820-1940 needed somewhere to be housed, so he purchased a dilapidated barn in 2009. And, after nearly three years of restoration, the Antique Ice Tool Museum opened to the public in the fall of 2012.

The museum occupies all portions of this beautiful-restored, three-story barn that was built in 1834. After a short video about the history of the ice harvesting industry, visitors are given hand-held audio guides to help usher them through the museum. The audio tours offers dozens of stops throughout the museum, allowing visitors to pick and choose what aspects of the industry they want to learn more about.

Throughout the museum, there are thousands of ice harvesting tools that showcase the variety of equipment used in the industry and how these tools changed throughout the industry’s history. Stack even pointed out to me a few of pieces that were used by his father in the Stack Brothers Ice Company in New York. He also assured me that despite there being thousands of antique tools hanging from the walls, no two pieces are alike.

One highlight of the museum is the second floor’s collection of antique ice boxes. It was fascinating to see these early refrigerators and learn how these common household appliances changed over the years. It was also interesting to see how ice boxes for home use differed from those used in commercial applications, like hotels and grocery stores.

Another highlight is the large photo which hangs in the stairwell between the first and second floor. This photo features the father of museum founder Peter Stack while he was working in the ice industry. The audio guide that accompanies this photo tells the story of how the Stack family got into the ice industry and gives a great overview of what it was like to work in it.

In my opinion however, the top highlight of the museum has to be the restored ice delivery vehicles on the first and third floor.

The first floor features four horse-drawn ice delivery buggies that are each beautifully restored. It’s interesting to look at these carts and compare them with each other to see how the method of ice delivery compared in various regions of the country.

The third floor of the museum features six ice delivery trucks that have also been beautifully restored. These trucks ranged from 1919-1934 and offer an interesting look at how the ice industry changed over the decades.

Without a doubt, the Antique Ice Tool Museum in West Chester is one of the Pennsylvania museums that surprised me the most. I went in expecting a fairly basic museum, but was blown away by both the quality and depth of the displays. The ice harvesting industry is not one that is often talked about, so the chance to learn more about it was quite fascinating.

If you love forgotten history, you won’t want to miss this hidden gem.

See map below for other area attractions.
1.0K shares 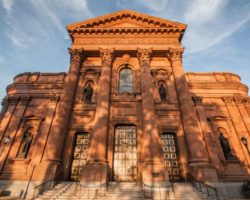 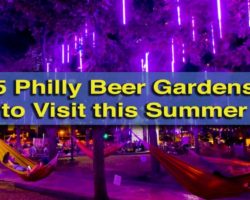 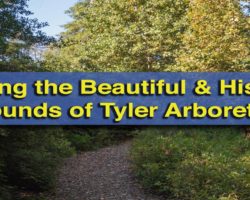 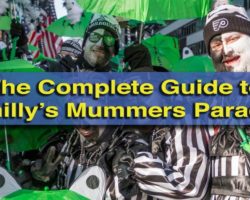