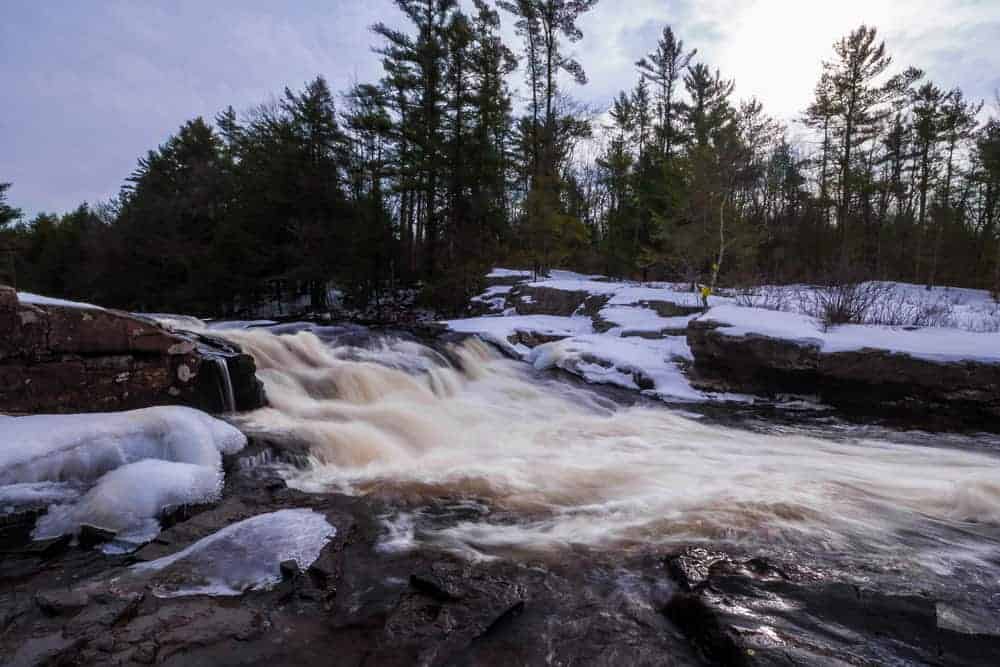 490shares
Disclosure: This article may contain affiliate links. We will make a small commission from these links if you order something at no additional cost to you.

When it comes to outdoor attractions in the Poconos, the Delaware Water Gap National Recreation Area in the eastern corner of the region gets the most attention. However, the western corners of the region are also home to some great outdoor destinations such as Tobyhanna Falls in the Austin T. Blakeslee Natural Area.

The Austin T. Blakeslee Natural Area was opened to the public in May 2009 and is owned by Monroe County, Pennsylvania. The area was once a public park known first as Harrison Park and, later, as Toby Park. The area featured a roller skating rink, carousel, softball fields, dance hall, and other attractions.

Unfortunately, a flood in 1955 destroyed most of the park, and it was never rebuilt. Remnants of these park buildings can be seen throughout the natural area.

Today, Austin T. Blakeslee Natural Area is a 130-acre parcel of land just south of Blakeslee, Pennsylvania. The land abuts Interstate 80 and is bordered to the south and west by Tobyhanna Creek.

The natural area runs along a little over a mile of Tobyhanna Creek, a very scenic waterway that’s especially popular with trout fishermen.

A red-blazed trail travels through the forested banks along the northern banks of the creek. The trail crosses a few small streams, one without a bridge, and can have tricky footing in places, so proper footwear is recommended.

About half a mile from the parking area, the creek’s most beautiful feature, Tobyhanna Falls, can be found.

Tobyhanna Falls isn’t a tall waterfall. In fact, it’s probably no more than five feet in height. However, the power through which the creek rushes over the waterfall makes it one of the most impressive waterfalls in the region.

It’s possible to get a very close look at Tobyhanna Falls as rocks extend out along the side of the falls. This area is very popular with fishermen, as the very deep pool below the falls is filled with surprisingly large trout.

Just beyond the falls, there is an overlook, which provides a nice place from which to view the waterfall. The red-blazed trail then continues for another half-mile to the western boundary of the Blakeslee Natural Area, making it a little over a mile in length.

From there, return along the same trail, or make a loop with the blue-blazed trail, which circles away from the creek before returning to the red-blazed trail near the overlook.

Overall, despite a bit of traffic noise from the nearby highway, the Austin T. Blakeslee Natural Area is a great destination for a hike, and the ability to see the very beautiful Tobyhanna Falls makes for a great capstone to any visit to the area.

How to Get to Tobyhanna Falls and the Austin T. Blakeslee Natural Area

The Austin T. Blakeslee Natural Area is located along Route 115, roughly half a mile off of exit 284 of Interstate 80, south of Blakeslee, Pennsylvania.

There are two parking areas at the natural area, both of which have trails that connect to Tobyhanna Falls. However, the best one to park at is the one next to the bridge over Tobyhanna Creek (the first one if coming from I-80 and the second if coming from Blakeslee). 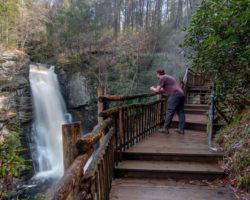 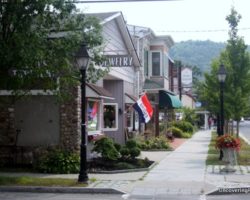 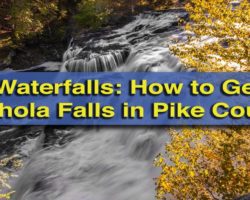 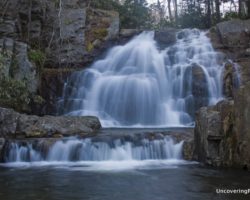