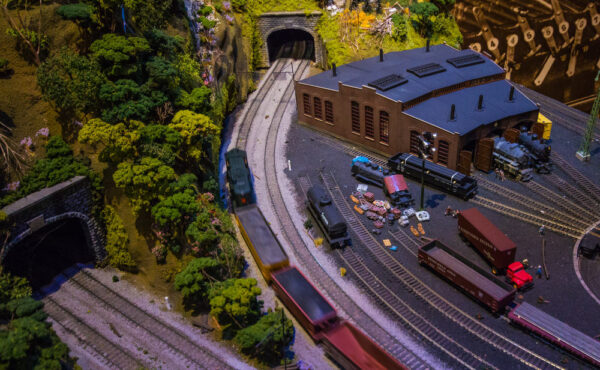 For as long as it’s been a community, Altoona has been tied to transportation. In fact, it was the Pennsylvania Railroad that founded the town in 1849, as they needed a shop and maintenance complex in the middle of the state.

By 1880, with the railroad industry booming thanks to the nearby Horseshoe Curve, Altoona had grown to a population of 20,000 people.

During the 20th century, as both freight and passenger traffic decreased through the Allegheny Mountains, much of the railroading industry pulled out of the region. However, the Juniata Locomotive Shop still employs people in the community, the last major vestige of this once booming industry.

Fortunately for those interested in the industry’s history and its effect on Altoona, the Railroaders Memorial Museum does an excellent job telling the story, as does the nearby Baker Mansion.

Located in downtown Altoona, the Railroads Memorial Museum is housed in the former Master Mechanics Building of the Pennsylvania Railroad. This building was built in 1882 and was once an extensive testing laboratory for the railroad.

The museum, which opened to the public in 1980, has been located in this four-story building since 1998.

The Railroaders Memorial Museum features three floors of displays that take visitors through the history of railroading in Altoona and how it affected the city. Scattered throughout the museum are many interactive elements that are fun for both kids and adults.

There are also several animatronic figures that start talking shortly after you enter a room. These figures are characters from the past that help visitors to understand the life and times of railroading’s golden age.

In addition to the ticket window and gift shop, the museum’s first floor contains a movie theater, which shows two alternating movies at :20 and :45 past each hour. These movies talk about the history of railroading in Altoona and the nearby Horseshoe Curve.

The first floor of the museum also features a display that answers a question that I had going into the museum: why did Altoona become such an important railroad hub? This display does a great job of introducing visitors to the museum and helps explain much of the history and culture found throughout the city.

The second floor of the Railroaders Memorial Museum talks about the impact that trains had on Altoona’s culture and what life was like for those who worked for the railroad and their families.

I really enjoyed learning about this aspect of life, and it was quite interesting to learn how railroading families lived, especially when compared to some of the places that I’ve visited that showcased how mining and steel mill families lived.

This story was told through interactive stories, historical pieces, and even animatronic dioramas. All told, it really does offer a great overview of what life was like for railroading families in Altoona, or in any major railroad city.

The remainder of the second floor, as well as the third floor, covers what life was like for those who worked and rode on the railroad. As with the other sections of the museum, this portion uses a combination of interactive elements and museum displays to tell the stories of the men who worked in the industry.

The third floor is also home to a small, but well done, model railroad. Around the model train is information about how railroaders communicated with each other and how trains were able to stay organized along the tracks.

This floor is also home to information about the Pennsylvania Railroad which, at one point, was the largest company in the world, employing a quarter-million people with an annual budget larger than that of the US government. The Pennsylvania Railroad was the company that brought the city of Altoona to life and was responsible for much of the city’s jobs and prosperity during the late 19th and early 20th centuries.

What I liked most about the Railroaders Memorial Museum was that the displays and information were quite different from the information presented at other train museums in Pennsylvania, like the Railroad Museum of Pennsylvania, Steamtown National Historic Site, and the Lake Shore Railway Museum.

While some other museums do feature information on the jobs completed by railroad workers, most of these museums focus on the train engines and cars. The Railroads Memorial Museum, however, has just a few railroad cars sitting out front, with the museum’s focus being on the life of those associated with the railroad and how the companies operated.

I also really appreciated how many interactive elements there were at the museum. I have no doubt that people of all ages who have even a passing interest in trains would enjoy this museum.

If you have time after visiting the Railroaders Memorial Museum in Altoona, take the short drive over to the Horseshoe Curve on the outskirts of town or the many other train viewing spots in the area.

The Horseshoe Curve what brought the railroad to Altoona and made the Pennsylvania Railroad such an important company. A visit here adds to the Altoona railroading experience and makes for a great day for train fans visiting Altoona.

Note: My visit to the Railroaders Memorial Museum was hosted by the museum. However, the opinions expressed are my own.

See map below for other area attractions.
1.8K shares 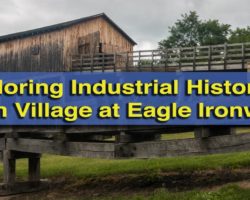 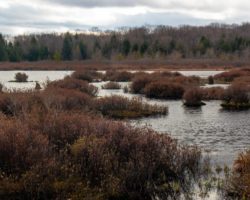 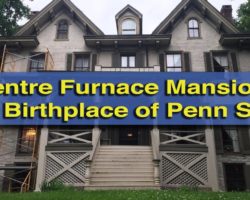