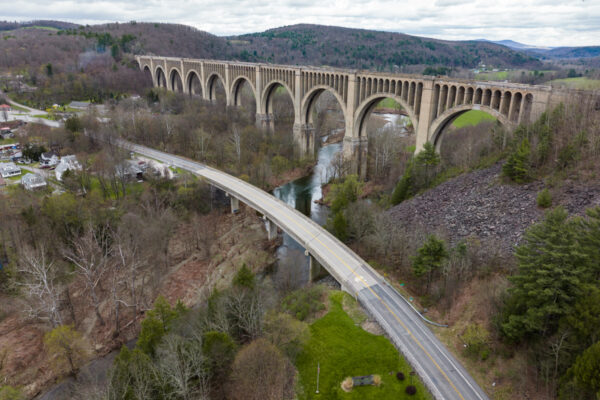 Tucked away along Route 11 in northeastern Pennsylvania is one of the most amazing man-made structures in Pennsylvania: the Tunkhannock Viaduct.

This creates an incredibly unique visual that’s definitely worth taking the time to see.

The Tunkhannock Viaduct was completed in 1915 for the Delaware, Lackawanna and Western Railroad.

The viaduct was constructed as part of the Nicholson Cutoff, which allowed the railroad to save 20 miles off of its trip and allowed for nearly double the allowable speed, ensuring that goods and passengers could pass from Binghamton, New York and Scranton much more quickly.

However, to create this cutoff, the railroad had to conquer the mountains and valleys in northeastern Pennsylvania. To do this, they built two large viaducts (the Tunkhannock Viaduct and the slightly smaller Martin’s Creek Viaduct) as well as the over half-mile-long Nicholson Tunnel.

Construction started in May 1912 and was completed in November 1915 at a cost of $1.4 million dollars (more than $34 million in 2018). Over 500 men worked on the bridge, and at least four lost their lives (though none were buried in the bridge’s cement despite rumors).

When it was completed, the Tunkhannock Viaduct was the largest concrete structure in the world, and it would take 50 years for a larger concrete bridge to be built in the United States.

The bridge is 2,375 feet long and up to 240 feet above the valley floor. This makes the bridge longer and nearly as high as the famous Kinzua Bridge in northwestern Pennsylvania. It’s also much larger than the nearby Starrucca Viaduct.

The bridge is comprised of 12 arches. Of these, ten are 180 feet across and two are 100 feet across. Only 10 of the bridge’s arches are visible, however, as one on each side is hidden in the mountain for support.

Driving around Nicholson, it’s not only possible to see the bridge from several vantage points, but also to drive underneath it. While it’s impressive to see from anywhere in town (the local cemetery has an especially impressive view), it’s at its most imposing as your drive through one of its arches.

If you want to really take some time to enjoy this beautiful spot, however, the best spot is at the small park along Route 11 just to the south of town. This is where you’ll find the historical marker for the bridge, information signs that tell more about its story, and a great view of the bridge.

Today, this National Historic Landmark still stands as a testament to the engineering achievements of the past and also to the current transportation history of Pennsylvania. Visitors to the area can follow in the footsteps of President Theodore Roosevelt, Henry Ford, and Thomas Edison who came to see the bridge.

To celebrate this heritage, Nicholson plays host every September to Bridge Day. The event features many craft vendors and informative lectures on the history of the bridge.

The Nicholson Heritage Association is also renovating the old DL&W Railroad Station that sits on the outskirts of town. While the building has seen better days, it has a lot of historic charm on the inside and the hope is to turn it into a great museum that showcases the history of the viaduct in Nicholson and the area’s great railroading heritage.

Whether you are visiting Scranton, checking out Little Rocky Glen Preserve, enjoying the outdoors in the Endless Mountains, or are traveling Route 6, a short detour to see the Tunkhannock Viaduct is something that shouldn’t be missed.

Where is the Tunkhannock Viaduct?

If you want to see the smaller, but also impressive Martin’s Creek Viaduct, head another 10 minutes north on Route 11. That viaduct crosses the road north of Hop Bottom and can’t be missed. 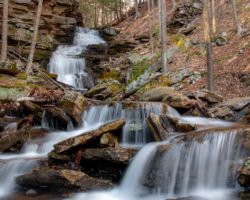 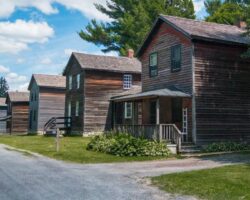 1 thought on “Roadtripping to the Imposing Tunkhannock Viaduct in Nicholson, PA”