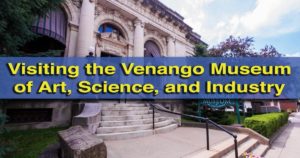 The birthplace of the modern oil industry is in northwestern Pennsylvania, and few communities in the state were as affected by the industry as Oil City. Driving through the town, it’s impossible not to notice the grandiose buildings that once housed some of the most influential oil companies in the industry, such as the Transit Building that was once home to Standard Oil.

Just down the road from the Transit Building is one of the best things to do in Venango County, Pennsylvania: the Venango Museum of Art, Science and Industry.

The Venango Museum of Art, Science and Industry is located in the former home of the Oil City post office and tells the story of the early stages of the oil industry and its effects on the region. The museum explores the question of whether the discovery of oil at Drake’s Well was a good or a bad thing for both the community and the world as a whole.

Not unsurprisingly given its location, the museum focuses very heavily on the positive effects of the oil industry, while not really answering the question of what negative effects the oil industry has had on the planet. However, if you look past this understandable bias, there is a lot of great information in this museum.

While the museum is not the official historical society museum of Venango County, it is impossible to tell the story of oil’s impact on the region without covering many aspects of the county’s history. Exhibits on the county include Oil City banknotes, information on local heroine Ida Tarbell, a model of a Pennzoil plant that was once in the area, and much more.

In my opinion, one of the most interesting aspects of the museum is a diorama which shows how Native Americans collected and used oil found along Oil Creek. It was interesting to compare this with the model of an oil derrick to see how the oil industry changed in a short time period.

The museum also looks at the effects of the oil industry in our daily life through displays about automobiles, scientific advancements, and even a bit about the environmental effects of the industry.

The Venango Museum of Art, Science and Industry offers an interesting contrast to the Drake Well Museum and the museum at Pithole. While there is some overlap in their displays, all three offer the opportunity to learn about unique aspects of the oil industry’s history and effects both on the region and throughout the world.

If you only have time to visit one museum, then the Drake Well Museum should be your first choice. However, if you want to get a fuller picture of the industry’s history and the fascinating impact that Venango County, Pennsylvania, had on the growth of one of the world’s largest and most impactful industries, you won’t want to miss the Venango Museum of Art, Science and Industry.

The museum is very well done and offers a unique, if slightly biased, look at the history and impact of the oil industry.

Note: My visit to the Venango Museum of Art, Science and Industry was hosted by the site. However, the opinions expressed are my own.

See map below for other area attractions.
209 shares 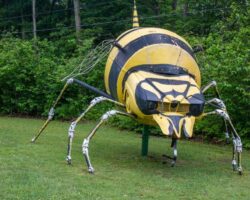 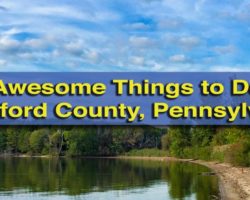 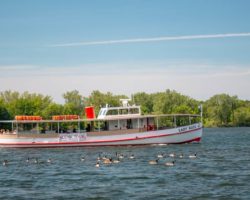 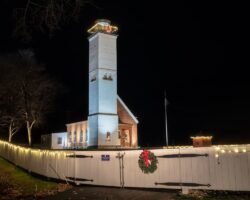 2 thoughts on “Learning Industrial History at the Venango Museum of Art, Science and Industry in Oil City, Pennsylvania”