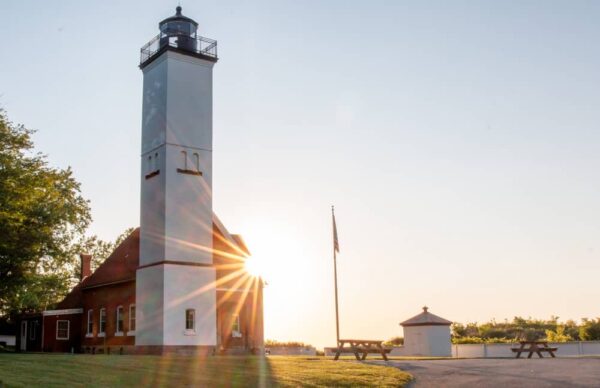 While many states on the east coast are known for their incredible lighthouses, Pennsylvania isn’t necessarily somewhere that comes to mind. After all, PA is one of the few states in the region that doesn’t border the Atlantic Ocean.

Fortunately, for lighthouse lovers, though, Pennsylvania’s 76.6-mile shoreline along Lake Erie in the Great Lakes Region is home to three beautiful lighthouses.

Conveniently, all three of these are located within the city of Erie, making them incredibly easy to visit.

Here’s a bit about each of the lighthouses in Erie, PA, as well as information on finding them.

If you only have a chance to visit one of the lighthouses in Erie, PA, make it the Presque Isle Lighthouse.

Built in 1872 and turned on the following year, this lighthouse sits on the sandy northern shores of Presque Isle State Park. A lighthouse keeper lived on the site, which was initially very remote, for many years. Finally, in 1962, the light was made fully automatic.

Today, the light is still used to guide boats on Lake Erie.

The Presque Isle Lighthouse is open for tours from Memorial Day Weekend through Labor Day. During this time, visitors can take a tour of the interior of the lighthouse keeper’s home and learn more about the history of the area and shipping on the lake.

You can also climb the 78 stairs to the top of the lighthouse for an impressive look over Presque Isle and Lake Erie. At 68 feet tall, it’s the tallest of Erie’s lighthouses.

The North Pier Light is located at the end of Presque Isle and watches over the entrance to Presque Isle Bay.

While it looks modern, this lighthouse actually traces its roots back to the mid-1800s. Over the years, it has been moved several times and received many upgrades to get to its current appearance. However, because of this rich history, it remains the only square and pyramidal style lighthouse tower left in the United States.

The lighthouse sits at the end of North Pier, which juts out nearly 600 feet from the shores of Presque Isle. This is a popular spot with fishermen and is also a great spot to watch the many boats passing through the narrow channel.

At only 34 feet tall, it’s the shortest of the lighthouses in Erie, PA, but its setting still makes it a great spot to visit.

In addition to seeing it from land, you can also see this light from the water while taking a Presque Isle Boat Tour.

The location of the Erie Land Light was where one of the first two where lighthouses were built along the Great Lakes. The first structure here was completed in 1818. The current lighthouse is the third to stand on the site and dates to 1867.

While it’s only 48 feet tall, the lighthouse is located on a bluff overlooking the lake, providing it with the ability to be seen from far out into the lake. Despite this, the light was decommissioned in 1880, though it was relit from 1884-1899.

The original light is now on display at the Erie Maritime Museum.

Today, the Erie Land Light is a historical relic that is not lit at night. Nevertheless, it’s a historic spot that is well worth taking a few minutes to enjoy.

The lighthouse is located east of downtown Erie in a small park at the end of a residential street. The park also contains the rebuilt lighthouse keepers’ home (not open to the public), a playground, and some nice views of the lake.

Aside from a few days a year, the lighthouse is closed to the public, but it’s still interesting to see it from the exterior and read the information signs around it.

The Erie Land Light is located at the following address: 1200 Lighthouse St, Erie, PA 16507. There is a parking area near the light.

Looking for more things to do in Erie? Check out free boat tours at Presque Isle, Waldameer Amusement Park, and the historic covered bridges of Erie County.

You can also head south to see the strange Sherman Memorial Lighthouse in Tionesta or head the short distance into New York to see Barcelona Lighthouse. 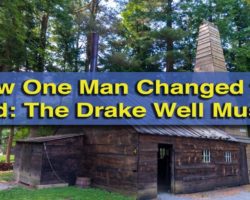 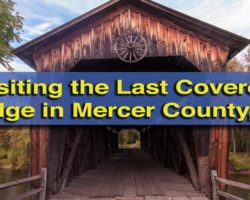 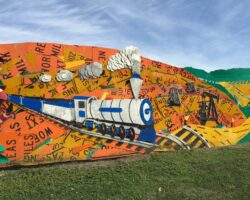 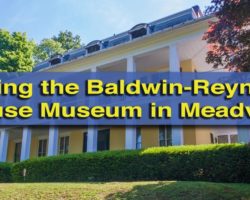 3 thoughts on “Visiting the 3 Lighthouses in Erie, PA”