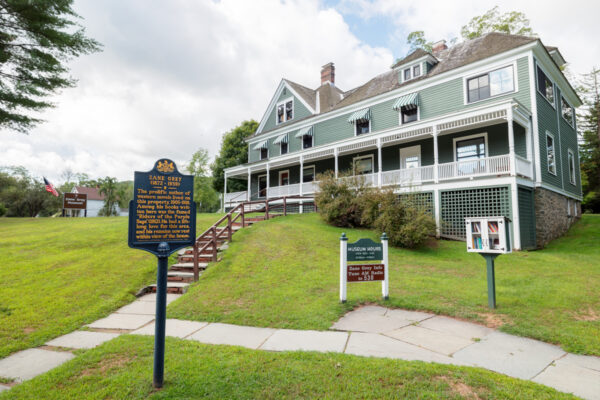 There are few more well-known and influential authors from the early 20th century than Zane Grey. And, while his stories focused primarily on establishing the myth of the Old West that we envision today, Grey spent some of his most productive years living along the Delaware River in the Poconos.

Today, his home (as well as his grave) in Lackwaxen, Pennsylvania, at the confluence of the Delaware and Lackwaxen Rivers, is run by the National Park Service as the Zane Grey Museum.

Grey who was a minor league baseball player and dentist before he became a full-time writer, grew up in Ohio and went to school at the University of Pennsylvania in Philadelphia. While working in New York City as a dentist, he would often get away to Pike County, PA, where he would meet his wife Dolly.

After their marriage, Grey built a home in the area and pursued his writing career full-time from within his home. It was here that he would develop his voice and become one of the country’s most popular authors. During his 12 years with this home as his primary residence, he wrote his most famous work “Riders of the Purple Sage” within his office on the home’s first floor.

And, despite leaving this area in 1918 to move to California, his fondness for it was such that he was buried within sight of the home when he died in 1939.

Visitors wanting to learn more about the life and career of Zane Grey can visit this spot from Memorial Day Weekend through the end of September each year. When the home isn’t open, you can still visit the exterior and his nearby grave. An AM radio station offers a bit of narration about the house and Grey’s life.

Like the rest of the Upper Delaware Scenic and Recreational Rive, there is no cost to visit the Zane Grey Museum. The first floor of the home is open for self-guided tours through four rooms of the space, and a park ranger is on-site to answer any questions that you may have.

The museum consists of four rooms. Three of these are set up with displays along the walls highlighting various aspects of Grey’s life from his days playing minor league baseball all the way through his career, his impact on Hollywood, and his love of the outdoors.

The displays here are very nicely done and have a good mixture of signage and items from Grey’s life. There are also a few videos, though the small screen size and the mixture of narration and audio descriptions for those that are visually impaired make them a little hard to follow at times.

Along the walls of the room, you can see paintings done in a western motif that Grey had commissioned when he lived in the home. They are still in quite good condition and really add a lot of character to the space.

The most interesting space, however, is Grey’s office. This room is set up much as it would have looked when Zane Grey sat in this room and wrote “Riders of the Purpose Sage” and many of his other classic stories. The items in this room are the ones that Grey owned, which really makes it a special spot to see.

In addition to touring his home, make sure to stop by Zane Grey’s grave, which is located just a couple hundred yards from the home. He is buried next to his wife, Dolly.

His grave can be found within Union Cemetery, next to St. Mark’s Lutheran Church, just south of the home. If entering from Scenic Drive, Grey’s grave can be found near the back righthand side of the cemetery at approximately these coordinates: 41.483965, -74.987788.

It’s also worthwhile to check out the Zane Grey Boat Launch, which is directly across the street from his home. Even if you don’t have a watercraft, this is still a beautiful spot along the Delaware River, and it’s easy to imagine Grey sitting out here fishing.

Just downstream, make sure to take note of the historic aqueduct that once carried canal boats over the Delaware River, which is an interesting spot to check out in its own right.

Overall, I found the Zane Grey Museum to be an interesting spot. That being said, given the limited operating hours and its location relatively far from other sites in the region, it’s only worth going out of your way to see if you are a fan of his work.

And, if you are, you are sure to find this spot to be incredibly fascinating.

Looking for more places to visit nearby? Check out Wallenpaupack Scenic Boat Tours, the best waterfalls in the Poconos, and the Minisink Battleground Park in New York. 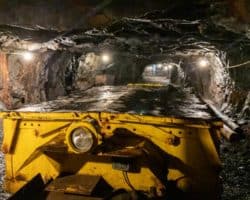 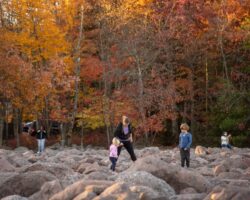 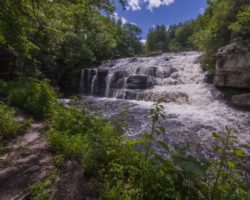 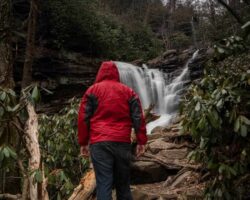