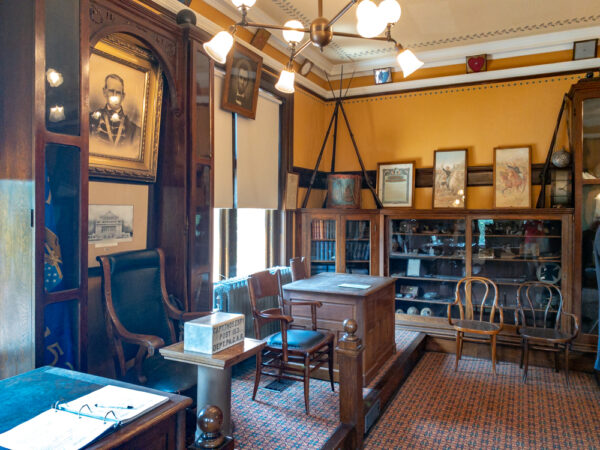 Sometimes locals know the best places to visit. This was evident to me recently when I visit the Carnegie Historical Society/Honus Wagner Museum a short distance southwest of Pittsburgh.

At the end of my visit, the docent asked me if I’d heard of the Civil War Room at the town’s library. He told me that it was one of the most complete GAR rooms in the country and a spot I wouldn’t want to miss while in town.

So, up the hill I went to the Andrew Carnegie Free Library. This library was donated to the community by Andrew Carnegie after they renamed the town in his honor in 1894 and is known locally as the “Carnegie Carnegie”.

In many respects, the library in Carnegie, PA looks no different from the many other Carnegie Free Libraries that dot western Pennsylvania. However, hidden away on the library’s top floor is one of the best-kept secrets of the region: the Civil War Room.

The Grand Army of the Republic (GAR) was a fraternal organization set up for Union Civil War veterans. The Capt. Thomas Espy Post No. 153 was founded in 1879 and moved into the library in 1906. Interestingly, this post was fully integrated, which was rare among GAR posts.

Over the next 32, Civil War veterans met in the room and displayed some of their prized pieces used and collected on the battlefields in the room’s many display areas.

When the last member of the post died in 1938, the door was locked, and the room remained virtually untouched for nearly 50 years.

Over these five decades, the room deteriorated, was subject to leaks, and had some thefts from local kids climbing a tree and entering the room through a broken window. Despite being located within a busy library, the contents of the room were largely forgotten.

However, in 1981, a local historian started investigating reports of Civil War artifacts in the library and re-discovered the space. It would take another two decades before work began to fully restore this time capsule.

In 2010, the room opened to the public and is likely the most complete Grand Army of the Republic post in the country. Without a doubt, this is one of the best and most incredible free things to do in the Pittsburgh area.

The room is open on Saturdays between 11 am and 3 pm. During this time, docents are on hand to tell visitors about the history of the room and the significance of some of the 2,000 Civil War-era artifacts within the room, including weapons, flags, and uniforms.

While there is no signage around the space, it’s amazing to see what’s here and to learn the history of this space, especially since it so beautifully gives you a glimpse into American history.

Despite the lack of signage, it’s worth taking the time to explore the many historic items on display in the room, some of which have amazing stories to tell. These include the carbine rifle taken from a dead Confederate soldier at the battle of Pittsburg Landing, blocks of wood filled with buckshot from fierce fighting, and even the bullet that wounded one of the post’s members.

Of course, since this room is such an amazing time capsule, there are also many items related to the running of the GAR post including the post’s Bible, the gavel used by the commander of the post, and even the spitoon that members would use during meetings.

The collection here is truly amazing and is a must-visit spot for any Civil War buffs in the Pittsburgh area.

In addition to the Civil War Room, take a minute to check out the Lincoln Gallery, which is also on the museum’s second floor.

This gallery was the collection of photographer Norm Schumm and was donated to the library in 2015.

The collection includes copies of 100 of the 132 photographic portraits that Lincoln sat for between 1847 and 1865. It truly is a remarkable collection and offers the chance to see how Lincoln transformed from a beardless 36-year-old to one of the greatest Presidents in American history.

You definitely don’t want to miss the chance to walk through this unique gallery when visiting the Civil War Room at the Carnegie Free Library.

Overall, whether you are a Civil War buff or just love unique and interesting history, the incredibly well preserved GAR Room at the Carnegie Free Library in Carnegie is well worth going out of your way to see.

It’s truly one of the best hidden gems of Allegheny County, PA.

Looking for even more great spots to visit nearby? Check out the Soldiers and Sailors Memorial Hall and Museum, the graves of Pittsburgh’s Baseball Hall of Famers, the waterfall in Settler’s Cabin Park, and the Carnegie Natural History Museum.

See map below for other area attractions.
10.7K shares 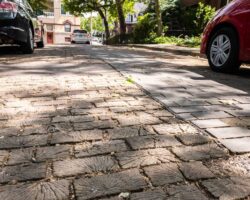 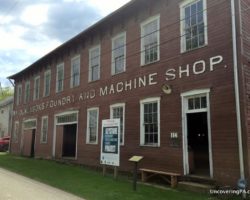 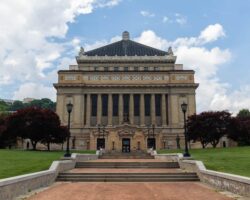 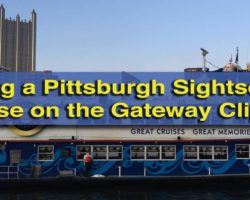