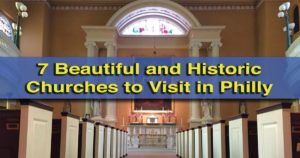 Given Philadelphia’s status as the most important city in the birth of America, it’s not surprising that the city was also a focal point for religious life in the young country. Fortunately, many of these historic churches have managed to stay alive into the 21st century and have managed to both retain congregations and keep much of the historical features that made them special.

These buildings span a variety of denominations but all have a beauty and history that’s hard to find anywhere else in the country.

So, the next time you are in Philadelphia, here are seven churches, all located in or relatively close to Philadelphia’s Old City, that you should make a point to check out:

The Cathedral Basilica of Saints Peter and Paul is one of the most beautiful churches that you’ll find anywhere in the country. Completed in 1864, the cathedral is the head church of the Roman Catholic Archdiocese of Philadelphia and is the largest Catholic church in the state.

Outside, the largest brownstone facade in Philadelphia gives the cathedral a unique look, but inside, it invokes some of the most majestic cathedrals of Europe. The cathedral has beautiful stained glass windows, and many of the striking murals in the church were painted by Constantino Brumidi, who later went on to paint the rotunda of the US Capitol in Washington DC.

As the main cathedral of the Catholic church in Philadelphia, the cathedral welcomed Pope John Paul II in 1979 and will welcome Pope Francis this month.

For more information, check out my full article with information about visiting the Cathedral Basilica of Saints Peter and Paul.

The Cathedral Basilica of Saints Peter and Paul is located at 1723 Race Street in Philadelphia.

While the Cathedral Basilica is the most beautiful church in Philadelphia, Christ Church is easily the most historic.

While the church was altered in the 1800s, it still retains much of its original appearance, including a pew that was used by George Washington during his presidency. This church was also the first church of the Episcopal church, which broke away from the Church of England after the Revolutionary War.

For more information on Christ Church, check out my full article about the church and its famous graveyard.

Christ Church is located at 20 North American Street in Philadelphia.

While Christ Church might be the most historically important church in Philadelphia, it’s not the oldest church in the city. That honor goes to Gloria Dei Church (also known as Old Swedes’).

The church was built between 1698 and 1700 and held its first service on July 2, 1700. That makes Gloria Dei the oldest church in all of Pennsylvania and the oldest surviving building in the historic boundaries of Philadelphia. The Swedish congregation dates back even further to 1677, five years before the formation of Philadelphia.

The church has gone through renovations in the last few years to bring it back as closely as possible to its original appearance. Visitors can also walk through the church’s graveyard, which has burials dating from the church’s founding to modern times.

While it’s a bit off the radar of many tourists, visiting this amazing piece of history is well worth the effort. You can find out more information about Gloria Dei Church on their website.

The only Presbyterian church in Philadelphia that dates back to the Revolutionary War, Old Pine Street Church was founded in 1768. During the American Revolution, its pastor served as a chaplain for the First Continental Congress in 1774.

The church had many famous attendees, most notably John Adams and Jared Ingersoll, a signer of the US Constitution, though many Founding Fathers passed through the church at various times. This history earned Old Pine Street Church the nickname, “Church of the Patriots,” and was one of the reasons the British used it as a hospital during their occupation of the city.

The cemetery adjacent to the church is quite beautiful and was used as a filming location for the 2005 Disney movie, “National Treasure.”

More information on the church and cemetery can be found on the Old Pine Street Church’s website. The Church is located at 412 Pine Street in Philadelphia.

Old St. Joseph’s might be the most hidden church in all of Philadelphia. Tucked away through a narrow passageway along a rarely visited alley, you could walk within feet of the church without ever knowing it was there.

Rumor has it that this secret location was at the encouragement of Benjamin Franklin, who encouraged Father Greaton to hide this church, the first urban Catholic church in the Americas, because of religious discrimination against Catholics. The first church here was built in 1733, and it was rebuilt in 1838.

Despite the outside looking more like a historic apartment block instead of a church, the inside is quite beautiful. What I liked about St. Joseph’s was how it mixed colonial American style with the more ornate style you typically see in a Catholic church. This made for a really unique interior that seemed like someone had combined Christ Church with the Cathedral Basilica.

This church was visited by the Marquis de Lafayette during his time in America and was the location of a high mass attended by both the American and French armies after the victory at Yorktown.

For more information on visiting the church, head over to its website. Old St. Joseph’s National Shrine is located at 321 Willings Alley in Philly.

One of the first African-American churches in the country, Mother Bethel was founded in 1794 by Richard Allen. Allen was born in 1760 as a slave owned by Benjamin Chew (who served as both the Attorney General of PA and the Chief Justice of Pennsylvania’s Supreme Court). When Allen was 20 years old, he was able to buy his freedom.

Allen began to preach in Philadelphia, but drew such a following that he became unwelcome at white churches. So, in 1791, Allen bought property at the corner of 6th Street and Lombard Street with the help of several financial backers, including President George Washington. Three years later, in 1794, Allen first held services on the site. Then, in 1816, Allen started what we know today as the American Methodist Episcopal Church or AME Church.

The church is not open for self-guided visits as the other churches on this list are, but they offer tours six days a week. See their website for more information.

St. Peter’s Episcopal Church was founded as an offshoot of Christ Church in 1758 on land donated by William Penn’s sons, and worship services began in 1761. The Penn family crest can still be seen above the pulpit in the church.

The interior of the church looks much as it did in the 18th century, when many Founding Fathers worshipped here regularly. While they primarily went to Christ Church, George and Martha Washington worshipped at St. Peter’s on many occasions.

The church has a large cemetery surrounding it, which is the final resting place of Vice President George Dallas, Benjamin Chew, and several lesser-known Founding Fathers.

More information about the church can be found on their website. St. Peter’s Episcopal Church is located at 313 Pine Street in Philadelphia.

Looking for other historic places to visit in the Philly area? Check out Bryn Athyn Cathedral, the Glencairn Museum, and the Caleb Pusey House. 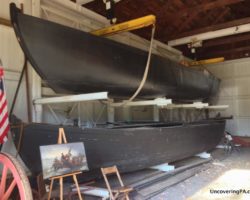 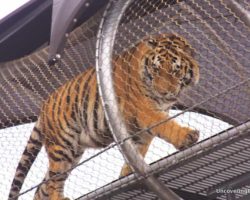