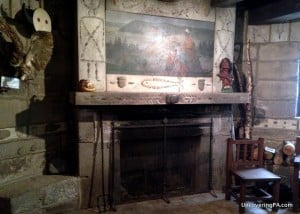 When you think of Pennsylvania history, the story of the state’s Native Americans isn’t likely the first thing to come to mind. However, throughout history, many different native groups spent time in the area that eventually became known as Pennsylvania.

Of these groups, the Algonquians, Susquehannocks, and Shawnee lived for a time along the shores of the Susquehanna River in southern York County.

Years later, at the turn of the 20th century, York native John Vandersloot purchased a plot of land along the river and built a cabin retreat to house his growing collection of Native American artifacts. While building the craftsman style home, Vandersloot incorporated many of his favorite pieces into the construction of the home, creating native-style art and decorations to embellish his design.

Eventually, Vandersloot’s home was opened as the Indian Steps Museum in 1940.

The museum itself is an interesting combination of local Native American artifacts, artifacts from tribes located in various parts of the country, and information about the nearby Holtwood Dam and the Susquehanna and Tidewater Canal.

This seemingly random combination of subjects would seem to create a disjointed museum, but they somehow all work together. However, that being said, I did find myself wishing for more information and artifacts from the tribes native to the area.

For example, tours start downstairs in a room designed like a Kiva room, a type of religious room commonly used by the Hopi Tribe from Arizona. Curiously, there is also a totem pole outside of the museum, despite the local natives not using them.

Upstairs, where the main exhibits are housed, features a collection of artifacts that aren’t related to the local tribes. These unrelated features left me a bit perplexed and made it a bit harder to really appreciate the uniqueness of the local tribes.

The museum also housed information about two local engineering feats: the Holtwood Dam and the Susquehanna and Tidewater Canal. These two projects are certainly of interest, but I left a bit confused as to why they were included in the museum because they don’t seem to have any connection to the local tribes.

However, the information and artifacts that the museum did have about the local tribes were quite interesting and well-researched.

I think that’s why I was a bit disappointed by the other displays that the museum had. It’s not that I didn’t find that information interesting. Instead, I found the information on the local tribes so unique and fascinating that I wanted even more.

When visiting the Indian Steps Museum, make sure to take time to admire both the inside and outside of the cabin itself. As I said above, thousands of artifacts were embedded into the home during construction to make basic art pieces and murals.

The grounds of the museum also feature a fantastic view of the Susquehanna River. Just across the road from the museum is a short hiking trail that features a small waterfall and a nature hike with the largest American holly trees in the region.

While I may have wished for more local information, I doubt that there are many better places to learn about the history of Native Americans in Pennsylvania outside of the State Museum in Harrisburg, the Heinz History Museum in Pittsburgh, and possibly the Pocono Indian Museum.

If you have any interest in the subject, I’d definitely recommend a visit to the Indian Steps Museum in York County.

Want to see more great spots nearby? Check out the York History Center, the Fire Museum of York County, and Duncan Run Falls. You can also check out a few more of my favorite seasonal museums in PA.

See map below for other area attractions.
435 shares 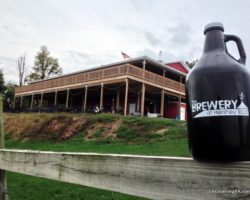