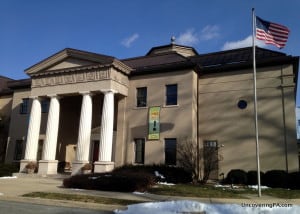 In the book  (and movie) “The Hobbit” there’s a famous scene where Gollum challenges Bilbo Baggins to a riddle contest. If Bilbo wins, Gollum will show him the way out of the endless caverns he’s found his way into. However, if Gollum wins, he will turn Bilbo into a tasty meal.

In the course of their mental battle, Gollum asks Bilbo the following riddle. See if you can figure out the answer:

Did you guess “time”? If so, you’re probably a lot smarter than me.

Time is something that humans have been trying to measure for millennia. From sundials to mysterious structures, our ancestors came up with some pretty creative and surprisingly accurate ways to measure the relentless march of time.

Of course, while we can only control and master time in the movies, we have certainly gotten to the point where we can measure time with pinpoint precision using the tiniest instruments.

It’s this history that’s the focus of the National Watch and Clock Museum in Columbia, Pennsylvania. Starting with sundials and working its way up through Mickey Mouse wristwatches, the museum not only gives you a great collection of historical timepieces, but also explains why time is so important and how time has shaped our world.

Take for example the railroad. Up until 1883, each city and town was free to set their own time. This resulted in hundreds of different times throughout the United States. However, this created problems with train schedules. After all, was the train arriving at 3pm local time or 3pm based on another town’s time?

So, in 1883, the railroad companies throughout America, of which the Pennsylvania Railroad was by far the biggest, decided to institute a standard time and time zones along their routes. While it took another 35 years for the US government to officially acknowledge these time zones, the railroads had effectively decided what time it was.

The main feature of the National Watch and Clock Museum is their impressive collection of historical timepieces. Though they do feature several examples of European and Asian clocks, the primary focus of this exhibit is American timepieces, mostly from the 18th and 19th centuries.

Even more interesting to me was that many of the clocks in the museum were made in and around Lancaster County, giving it a nice local flair.

While examining the differences between the many clocks and watches is interesting, the most fascinating part to me was the Engle Clock. Built in the mid-19th century, the Engle Clock stands an impressive 11 feet tall and 8 feet wide. The multi-decades works of one man, the Engle Clock was once a touring attraction that went from town to town to delight audiences all along the eastern seaboard.

And, while it may lack some of the excitement we are used to today, seeing it run is certainly special. In many ways, the mechanized Biblical stories and delightful chimes reminded me of the centuries-old clocks throughout European cities. However, not only can you see the Engle Clock in a much more intimate setting, but you can also experience all of its actions in just a few minutes.

Overall, I really enjoyed visiting the National Watch and Clock Museum in Columbia, Pennsylvania. While it may not be for everyone, it’s certainly a great destination for history lovers, and is a must-see for anyone who considers themselves a horologist (a person who likes to study time. Get your mind out of the gutter.)

As the largest watch and clock museum in North America, the expansive collection and interesting history certainly make for a worthwhile destination.

The National Watch and Clock Museum is located in Columbia, which is along the Susquehanna River in Lancaster County.

The museum does an admirable job trying to put together some interesting activities for children, but to be honest, I think that many would get bored rather quickly.

Note: I was given complimentary admission to the National Watch and Clock Museum in order to facilitate this review. However, the opinions expressed in this article are my own and were not subject to review. 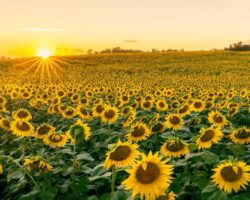