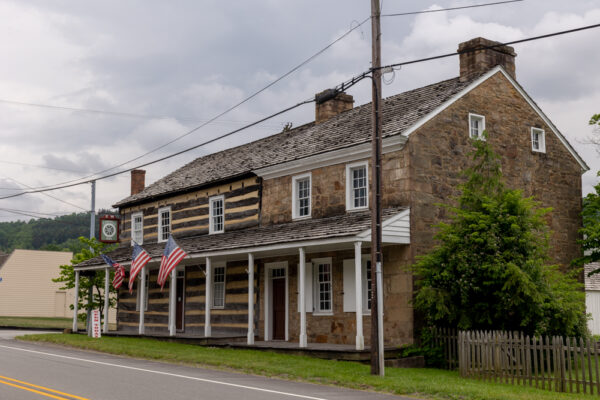 Pennsylvania is a state filled with amazing history. However, the early 1800s is an era that isn’t often covered by historic sites around the state. However, there are a few places you can learn about this period of American history, including the Compass Inn Museum.

The Compass Inn Museum is located along the Lincoln Highway in the Westmoreland County community of Laughlintown. The focal point of the site is the restored inn and tavern that once served as a stop for travelers along this famous highway in the first half of the 19th century.

The inn first opened to the public in 1799 and catered to cattle drivers along the road. After changing hands several times, it was purchased by Robert and Rachel Armor in 1817.

The Armors changed the inn’s name to the Compass Inn (after their hometown of Compassville in Chester County, PA) and set to work expanding it. In 1820, the stone portion of the building was added. This created more gathering and sleeping areas to allow the inn to attract stagecoach traffic, which was becoming more common and was more lucrative.

In 1862, the Compass Inn closed as traffic had declined on the Philadelphia to Pittsburgh highway thanks to spots like the Allegheny Portage Railroad and the Horseshoe Curve allowing passengers traveling the route to do so more quickly and more comfortably, first on canal boats and later on trains.

However, that wasn’t the end of the story.

In the 1860s, the inn became a general store, as well as the local post office, museum, and polling place.

All told, seven generations of the Armor family would call the inn home until the 1960s. At this time, the former Compass Inn was donated to the Ligonier Valley Historical Society. In 1972, the Compass Inn Museum opened to the public.

Today, visitors can tour this historic inn, as well as several outbuildings that have been constructed around the site representing both buildings that were originally here, as well as others that would have been in the community and serviced travelers along the road.

Tours of the site used to be done by guided tour. However, they are now conducted via a cell phone tour (Free wifi is available at the site).

While this makes it harder to ask questions, it allows you to move at your own pace, learn what you want to learn, and you don’t have to wait for a guided tour to start.

All told, there are 15 audio tour stops around the site, so there’s a lot of information here if you listen to all of them during your visit.

The self-guided tour of the Compass Inn Museum starts with the outbuildings around the main inn. There are a total of four small structures surrounding the inn that offer great insight into what Laughlintown was like for travelers in the first half of the 19th century.

These buildings include a barn (with several restored stagecoaches), a carpenter shop, a blacksmith shop (which was a filming location in “The Pale Blue Eye”), and a summer kitchen. Each of these stops includes at least one audio narration to tell you about the building and what you can see within it.

Once you’ve finished touring the outbuildings, it’s time to head inside the historic inn.

Tours here start in the stone portion of the building, which was used for many years as the tavern.

Taverns at this time served several purposes including providing food and drinks for travelers and as a meeting spot for locals to get food, the news, and their mail.

The space here is set up really nicely and offers a nice look into what this type of tavern would have been like.

The coolest feature in the room, however, is a small picture frame on the wall that includes the tavern’s original liquor license from roughly 1810.

The rest of the downstairs spaces showcase a wide variety of the Compass Inn’s history, including a women’s parlor, a kitchen, and a sample bedroom. There are more bedrooms upstairs, but they are only open periodically.

Just as with the outbuildings, there are many audio tour stops within the home, including at least one in each of the downstairs rooms.

All told, tours can take as long or as short as you’d like given you have the self-guided audio tour. However, if you do as I did and listen to most of the narration and take a few minutes to browse the items in each room, you can expect to spend about an hour at the Compass Inn Museum near Ligonier, PA.

Overall, I found this museum to be a really interesting spot to learn about the history of the region in the first half of the 19th century. While this is an often-overlooked period of American history, the opening of what became known as the Lincoln Highway offered one of the first and best routes west, and thus, the Compass Inn sat along a route that greatly impacted American history.

So, if you find yourself traveling through the Laurel Highlands and want to learn more about the history of the region, the Compass Inn Museum is a great spot to check out.

Looking for more places to visit nearby? Check out Fort Ligonier, Adams Falls in Linn Run State Park, and the Spruce Flats Bog. 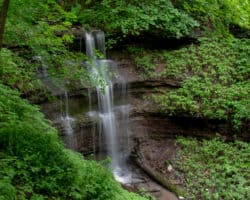 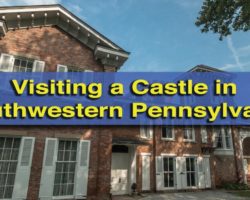 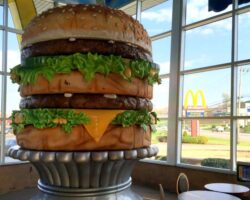 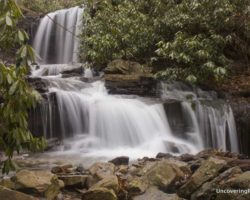 1 thought on “Visiting the Compass Inn Museum in Westmoreland County”