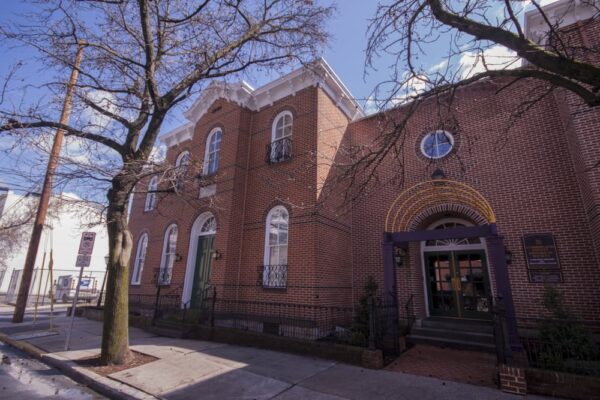 I’ve been to many great historical society museums in Pennsylvania, but few have been quite like the Cumberland County Historical Society Museum in Carlisle. Formed in the 1870s, the historical society has grown out of its original building to encompass newer construction that blends naturally with the historic buildings in the heart of the downtown area.

This combination of a large, modern museum in the heart of the downtown historic district puts the Cumberland County Historical Society Museum into a very small class, with the York Heritage Center being one of the few similar ones to come to mind.

Ultimately, though, while a good location and modern facilities are great, what matters with a historical society museum is whether they do a good job telling the story of the region and its place in the world. And fortunately, the Cumberland County Historical Society Museum does both, with the benefits of having modern and approachable exhibits.

Most of the museum’s 5,000 square feet of exhibit space are located on the second floor of the facility, with the first floor reserved for the historical society library, a large meeting room, and a small temporary exhibition gallery (more on this later).

The museum starts with a great map of Cumberland County that showcases major towns and a few points of interest in the county. In addition to being a great way to get your bearings on the geography of the county, it also has a few interesting tidbits that I’m hoping to research in the future.

Next, the museum features a timeline of Cumberland County events, alongside national and world events. There is also an excellent picture gallery with historic photos taken from all over the county. I’m told that this is a very small sampling of the thousands of photos in their archives.

All of the galleries are well laid out, but there were a few galleries and pieces that caught my attention and make the museum worth visiting for both locals and visitors alike.

In modern times, the school has been criticized by some, but the museum does a good job of displaying information on the school without taking sides on the issue. One major focus of the exhibit is on several of the athletes that emerged from the school, most notably Jim Thorpe. Thorpe has been called the greatest athlete of the first half of the 20th century, and won several medals in the 1912 Olympics. I personally found the baseball signed by Thorpe to be of particular interest.

Another interesting exhibit in the museum is their collection of Schimmel Carvings. These folk art carvings done by Wilhelm Schimmel were made in the 1920s and are quite popular and valuable. The museum has roughly 15-20 carvings on display, and it was great to see their quality and beauty up close.

I also found a few items in the museum’s military collection to be of note.

While all historical society museums have a military exhibit, several of the pieces here are very unique to the Carlisle area. The first piece that caught my eye was a pitcher owned by Mary Ludwig Hays, better known as Molly Pitcher. While this isn’t a pitcher that she used to tend to soldiers on the Revolutionary War battlefields, it is neat that it was owned by this local heroine.

I also enjoyed the small section of information on the World War II Prison of War Camp, Camp Michaux. This little-known camp housed German POWs from 1943 until the end of the war. While the exhibition of this camp is small, it was still interesting to learn more about this hidden piece of local history.

The second floor also contains a temporary exhibition gallery. Currently focusing on the 1960s, it features local items from that time period, as well as many pieces that give an idea of what life was like during the 1960s and pieces that cover the decade’s history.

The temporary exhibition spaces upstairs and downstairs both cover the same subject, but have different artifacts, so make sure to check out both when visiting. The exhibits change twice each year, with new exhibitions beginning in March, and holiday exhibits beginning in November.

In addition to the main museum, the Cumberland County Historical Society also operates a gift shop and children’s interactive area, known as the G.B. Stuart History Workshop, just around the corner. The gift shop carries a variety of local crafts and related books, and makes a great stop for anyone looking for a unique gift.

The interactive children’s area is very well done, and I have a hard time imagining children not enjoying their time here. The activities are all related to local history, but are done in a few way and always changing. This area also has a large fish tank filled with fish that can be found in local streams, and is a great way to introduce children to local wildlife.

Overall, I really enjoyed my visit to the Cumberland County Historical Society Museum. Without a doubt, it is one of the highest quality and best curated historical society museums that I’ve visited in Pennsylvania. Considering that they don’t charge for museum admission or kids’ activities, there’s little reason to not stop here during your travels through Cumberland County, Pennsylvania. 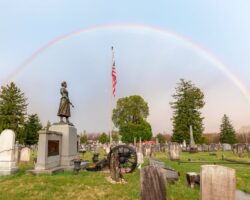