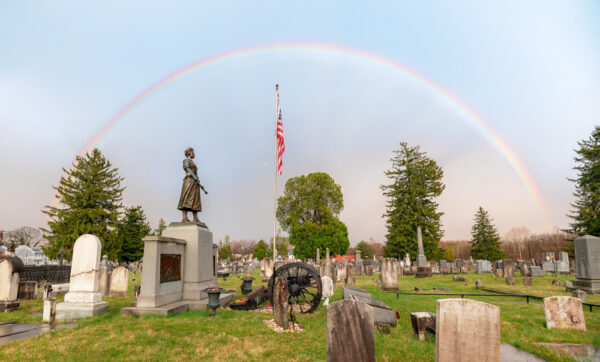 Other than Betsy Ross, there might be no better-known woman from the Revolutionary War than Molly Pitcher, and since I moved to Cumberland County, I’ve made it a point to often visit Molly Pitcher’s grave in Carlisle, PA.

The woman behind the story of Molly Pitcher was Mary Ludwig Hays, the wife of a Continental Army soldier. It was not uncommon for childless wives to follow the army and provide necessary services ranging from cooking to caring for the sick and injured, which is exactly what Mary did during the war.

Interestingly, Mary first joined up with the Continental Army in 1777 during their harsh winter at Valley Forge, working alongside Mary Washington to care for the troops.

Mary became known, however, for her actions during the Battle of Monmouth in New Jersey in June 1778.

As the story goes, Mary was one of many women who would deliver water to soldiers on the battlefield, and they would often call for her yelling “Molly! Pitcher!”. As she was delivering water, her husband, who was an artilleryman, was wounded, and Mary stepped into his role firing the cannon for the remainder of the battle under heavy British fire.

After the battle, George Washington asked about the woman seen manning the cannon and provided Mary Ludwig Hays with a warrant as a noncommissioned officer. This garnered her the nickname “Sargent Mary,” which was actually the nickname that she was known by throughout her life.

How much of her story is true is certainly up for debate, but that doesn’t change the fact that she is one of the most well-known heroes of the Revolutionary War.

After the war, she and her husband returned to Carlisle, PA, where they had lived prior to the war. In 1786, she gave birth to her first child, and, later that year, her husband John died. She stayed in Carlisle, and, in 1793, she married her second husband, William McCauly, who was a stonemason. McCauly was not a good husband, and he skipped town sometime in the early 1800s.

For the rest of her life, Mary lived in Carlisle and did odds jobs in town ranging from painting homes to caring for children. She was said to be well-liked around town, though it was noted that she “cursed like a sailor.”

Mary Ludwig Hays died in Carlisle in January 1832 at the age of 87 and was buried in what is now known as the Old Public Graveyard on the southern end of town.

Today, the Old Public Graveyard can still be found surrounded by a stone fence only a few minutes’ walk from the town square. This large cemetery is the final resting place for thousands of local residents including a Civil War drummer boy who died in the war, a chief justice of the Pennsylvania Supreme Court, and many others. (There is even a great little walking tour of the graveyard that you can do.)

The grave of Molly Pitcher is located on the northern end of the graveyard and is easy to find as it features a large statue of Mary Ludwig Hays and the only flying American flag within the grounds.

The large statue and monument was added to the site in 1918, well after her death, and features a larger-than-life statue of Mary perched atop a stone platform. It is said that the statue was designed based on the appearance of several of her ancestors.

In front of the statue, there is a replica of a Revolutionary War cannon and several plaques that tell the story of her life. There is also a spotlight that illuminates the grave at night, though you can only view it from outside the cemetery’s walls after dark.

The actual grave of Mary Ludwig Hays can be found directly behind the monument and reads “Mollie McCauly”, an interesting combination of Molly Pitcher and the last name of her second husband, a combination that she may have never used in her lifetime.

This large marble stone is quite weathered but can be read without too much trouble. It appears that it split in two at one point and was repaired. Also of interest is that the gravestone says that she died at the age of 79 in 1830, which seems to contradict the typical information of her death at the age of 87 in 1832.

I suppose this just adds to the mystique of the story of Molly Pitcher.

Other than her grave, there are a few other interesting Molly Pitcher spots to visit around Carlisle.

The first can be found at the intersection of South Hanover Street and Chestnut Avenue, near the closest graveyard entrance to her grave. Along this main road, you’ll find a historical marker dedicated to Molly Pitcher. Note that it doesn’t sit outside her house, but is located here because it is near her grave.

Further into the charming downtown of Carlisle, there is a large mural on the side of a building near the intersection of West High Street and Pitt Street. This mural recreates the statue of Molly Pitcher, alongside important people and scenes from Carlisle history, including athlete Jim Thorpe.

This mural is located just around the corner from the free museum of the Cumberland County Historical Society, which is well worth checking out if you’re interested in the history of the area.

Further down West High Street, you’ll find Molly Pitcher Brewing Company, which has no specific relationship to Mary Ludwig Hays but is a good place to stop for a beer and food while in town.

Ultimately, it’s hard to differentiate fact from fiction in the story of Mary Ludwig Hays/Molly Pitcher. However, there is no doubt that she was an important part of the Continental Army during the Revolutionary War, and learning her story is a wonderful way to learn about the sacrifices that many women made during the conflict.

So, the next time you find yourself traveling through the area, make sure to take a trip to Carlisle to see the grave of Molly Pitcher.

Your best option for parking when visiting is the free street parking along East South Street between South Hanover Street and South Bedford Street. The other roads that surround the graveyard do not have parking areas. You can also use this address to find the graveyard: 35 E South St, Carlisle, PA 17013.

Enter the Old Public Graveyard through the entrances on either East South Street or Cemetery Avenue and look for the statue and American flag that mark Molly Pitcher’s grave.

Looking for more great places to visit nearby? Check out the ruins of the World War 2 POW camp in Michaux State Forest, the Army Heritage Center, and the covered bridges of Perry County. 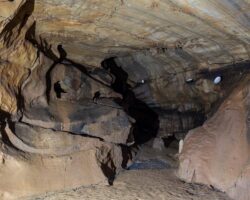 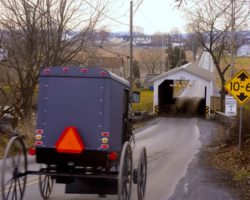 4 thoughts on “Visiting the Grave of Molly Pitcher in Carlisle, PA”