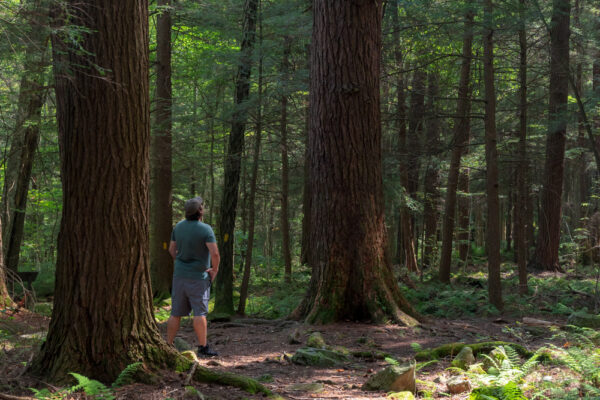 During the lumber boom of the 19th century, the vast majority of Pennsylvania’s forests were chopped down. This means that most of the forested land in PA is second-growth and, while beautiful, that often means smaller trees. So, whenever I have the chance to explore an old-growth forest, I always jump at the chance.

One such place is the Hemlock Trail Natural Area in Laurel Hill State Park in Somerset County, PA.

The Hemlock Trail Natural Area is located along Laurel Hill Creek and is home to some of the most massive trees in Pennsylvania. These trees were spared from lumbering due to the difficult nature of the terrain along the creek.

Today, however, this six-acre area is fairly easily reached by the Hemlock Trail, a 1.2-mile loop trail on the northern end of the park.

Parking for the Hemlock Trail in Laurel Hill State Park is located directly along the park’s main roadway, at the point where Laurel Hill Creek opens into the park’s lake. This spot can be found at the following coordinates: 40.008445, -79.232558.

From the parking area, carefully cross the bridge over Laurel Hill Creek and look for the trail on the same side of the road that you parked on.

This trail is listed on the park map as being “more difficult hiking,” but nearly all of the challenge of this hike is within the first and last tenth of a mile of the trail. If you find the very beginning a bit hard and dangerous, don’t think the entire trail is like this.

The hike starts off by heading steeply uphill along a rather narrow section of the trail. In fact, a wrong step to your right could send you tumbling 30 feet into the creek below.

Soon, however, the trail reaches a split, where it heads either steeply uphill to the left or steeply downhill to the right.


When I hiked this trail, I went downhill at this split. However, if I was hiking the trail again, I think I’d head left and go uphill to do the trail in a clockwise direction. Hiking it like this will save the most beautiful parts of the hike along the creek for the second half, though the entire trail is quite scenic.

Conversely, if you want the easiest route to the giant hemlocks, head to the right and do this as an out and back hike to save a bit of distance and uphill hiking.

If you head to the left, the uphill is quite steep but fairly short. (Don’t worry about all this uphill at the beginning. According to my GPS, there was only 100 feet between the highest and lowest points of this trail.)

At the top of the hill, you’ll find a beautifully restored trail shelter that has been reconstructed to appear just like the many built in the park during the 1930s by the Civilian Conservation Corps. Unfortunately, sleeping overnight isn’t allowed here, but you can use this as a spot to catch your breath after the steep uphill.

Continuing along the upper portion of the trail, you’ll pass through quite a beautiful forest, though it is fairly uneventful overall. However, after about half a mile of hiking, you’ll enter the Hemlock Trail Natural Area, which is home to the park’s largest Eastern Hemlocks.

The upper portion of the trail follows along the upper end of the area, so most, if not all of the largest trees will be below you. In fact, it won’t be until you descend downhill that you’ll see the largest of these trees.

Nevertheless, there are some giants to be seen from the upper area, so keep your eyes peeled.

Just after entering the Hemlock Trail Natural Area, you’ll see a trail heading off to your right and downhill. If you really wanted to do a slightly shorter loop, you could take this trail, but you’ll be bypassing most of the natural area, so I recommend skipping that turn and continuing straight on the trail that you are on.

About a tenth of a mile beyond this turn, the trail will start to turn and head downhill. Near the bottom of the hill, you’ll run into Laurel Hill Creek, which you will continue following downstream back to your car.

This is the area where you’ll see some of the largest Eastern Hemlocks in Pennsylvania. In fact, some of these trees were so big that I couldn’t even wrap my arms halfway around them.

Believe it or not, it is said that some of these massive giants are as many as 300 years old!

As the Hemlock Trail winds its way through this beautiful area, make sure to stop and take a moment to enjoy this magical place filled with towering trees and a babbling brook. This is truly one of the hidden gems of the Laurel Highlands.

Given that the Hemlock Trail Natural Area is only six acres in size, it doesn’t take all that long to hike through it. In fact, about a mile of the 1.2-mile trail is simply getting to and from this small pocket of old-growth forest.

However, that doesn’t mean the beauty stops. In fact, hiking back along Laurel Hill Creek is quite scenic in and of itself, so make sure to take time to enjoy this special area. If you’re lucky, you might even see people fishing this popular stream. (Note that there are some special fishing regulations on this stream.)

The Hemlock Trail undulates and passes through some muddy areas and places with roots, but it remains a relatively flat and easy hike until you get close to the roadway.

Overall, the Hemlock Trail is definitely a special spot and a joy to hike on a beautiful day. It also tends to be a lot less crowded than other popular places in the park, such as Jones Mill Dam and the Laurel Hill Observation Tower, so it’s a good spot to get away from the crowds on a busy day.

In fact, on the beautiful Saturday in September that I hike this trail, I didn’t see anyone else once I was a few hundred yards into the hike, despite having passed many people at the aforementioned spots in the park.

So, the next time you are looking for a fantastic hike in the Laurel Highlands that’s perfect for nature lovers and the whole family, make sure to check out this hidden gem in Laurel Hill State Park.

Looking for more things to do nearby? Check out Cole Run Falls, Kooser State Park, and the covered bridges of Somerset County. 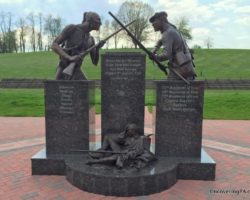 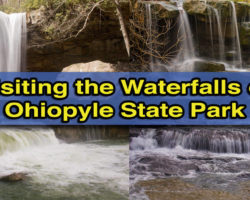 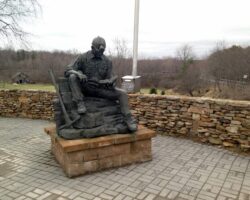 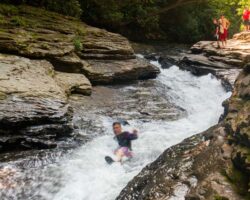