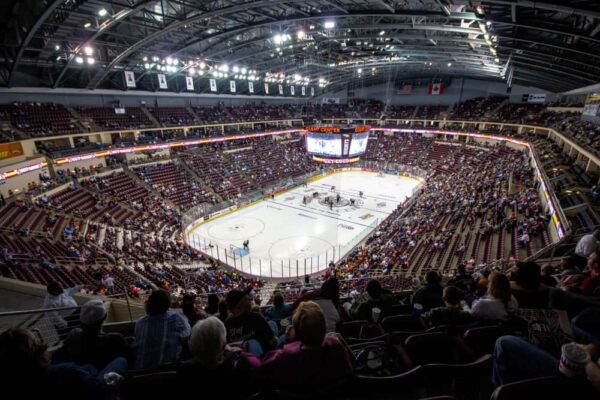 When you think of things to do in Hershey, PA, it’s likely that spots like Hersheypark and Hershey’s Chocolate World come to mind. However, if you find yourself visiting town between October and April, there’s another can’t miss attraction: a Hershey Bears’ hockey game.

The Hershey Bears are a professional hockey team in the American Hockey League, and the players here are just a step below the parent club, the Washington Capitals. Since the Bears play in the top minor league division, the quality of the hockey is excellent.

The Hershey Bears play their home games at the Giant Center, which sits across the parking lot from Hersheypark. While this is also a popular concert venue, the Giant Center plays host to 38 hockey games throughout the season.

While the Hershey Bears are popular, their home rink can seat more than 10,000 people, so there are often tickets available on game days for those looking for something fun to do in the evening.

However, while it’s a nice size rink for an AHL stadium, it’s quite intimate compared to roughly 19,000 seats for the both Pittsburgh Penguins and the Philadelphia Flyers in the NHL. Because of this, there really aren’t any bad seats in the house.

Given that there isn’t a significant price difference between the top row of the arena and rinkside center ice, you won’t have to break the bank to get the seats that you think are best.

What is it like attending a Hershey Bears’ Game?

Attending a Hershey Bears’ game is a lot of fun. Unlike other sports, the action in hockey rarely stops and can, at times, be quite hard-hitting.

Just like NHL hockey, Hershey Bears’ games consist of three 20-minute periods. In between these, there are intermissions of roughly the same amount of time for the ice to be cleaned up and the players to rest. These long rest periods can be great for those wanting to get something to eat or drink compared to the short breaks in other sports.

During the intermissions, the Bears showcase a variety of fun on-rink entertainment including races, a blimp, and more. This keeps the breaks relatively entertaining, though they do seem to drag a bit towards the end.

However, the star of the show is clearly the great hockey on display. Since the players here are one step below the NHL, the quality of the hockey is fantastic. In fact, many of the players on the ice either have experience playing in the NHL or are prospects that will soon have their shot to advance.

The concourse surrounding the arena features a large number of bathrooms as well as places to get food and drinks. While the options aren’t as wide as you’ll find at some other professional sports games, there’s a bit of something for everyone at prices that are fairly reasonable for a stadium.

How to get Hershey Bears’ tickets

Just like all minor league sports, the Hershey Bears’ give you a chance to see talented professional athletes at reasonable prices.

For the 2018-2019 season,  single-game tickets cost between $20-32 dollars (if purchased before the day of the game). While even the seats at the top of the stadium offer fantastic views, it’s great that you have the option to move down closer without having to spend a significant amount of extra money.

Tickets are available on the Hershey Bears’ website (through Ticketmaster) and are offered at a several dollar discount if purchased prior to the day of the game.

Of course, tickets are also available at the Giant Center box office or on resale sites like Stubhub, where some really good deals can be found on tickets.

Throughout the season, there are also days with Hershey Bears’ ticket discounts. These include Ollie’s Cheap Seats on Fridays and Sundays and Reese’s It’s All About the Cup Seats on Sundays, which are both offered for $10 for a select number of seats in the 200 level.

Parking at the Giant Center for Hershey Bears’ hockey games

Unfortunately, because of where the Giant Center is located, there aren’t any other reasonable parking options available for most visitors looking to save a few dollars on parking at the Giant Center.

However, it’s possible to save a few dollars by buying discounted parking passes on Stubhub.

Where to stay close to Giant Center?

There are many hotels in Hershey and a few are located only a short distance from the Giant Center.

The closest properties are the Super 8, Simmons Motel, and Days Inn. These are all located about a mile from the Giant Center (So, you could potentially avoid charges for parking at Hershey Bears’ games if you don’t mind walking a bit).

Have you ever attended a Hershey Bears’ hockey game? What did you think of your experience? 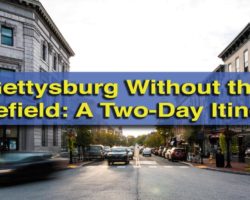 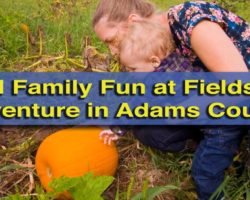