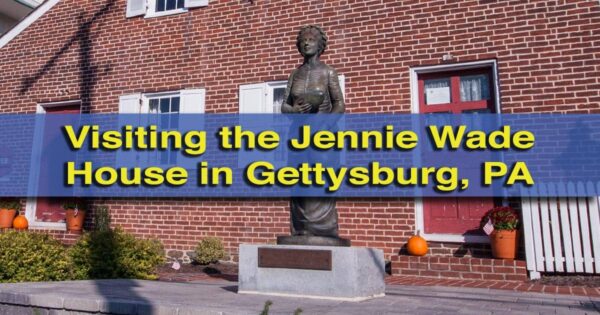 The Battle of Gettysburg was the bloodiest battle of the Civil War with more than 50,000 casualties. However, despite this immense battle raging around and even through the town of Gettysburg, there was only one civilian to die in the fighting.

Jennie (or Ginnie) Wade was a 20-year-old seamstress who lived in the community. When the battle broke out, she went with her mother and two younger brothers to her sister’s house on the outskirts of town. However, as the battle raged, fighting moved near the home.

On the morning of July 3, 1863, Jennie was baking bread for Union soldiers when a sharpshooters bullet struck her in the heart, killing her instantly. It is likely that the sharpshooters either fired an errant shot or were shooting at the Union sharpshooters that were in the home’s attic.

Today, the Jennie Wade House stands as a testament to Wade’s life and tells the story of both her death and what it was like for civilians during the Battle of Gettysburg.

Tours start from a small gift shop behind the home, which sits near Civil War Tails and Gettysburg National Cemetery.

Other than some minor renovations of the years, the Jennie Wade House looks much as it would have in July 1863. Tours of the home take visitors through the various rooms explaining their daily function and how they were used during the battle.

The home is decorated with many items that were in the home during the battle (many of which have bullet holes in them), which offers an extra element of interest to the home. Since the home was first opened to tours in 1904, the home retains many authentic details.

In fact, somewhat shockingly, the home still has the door through which the bullet passed that killed Jennie Wade. It even still retains the bullet hole, and the bullet which is said to have killed her is on display.

At the time of her death, Wade was engaged to a Union soldier (who tragically died just days after she did). It is said that if an unmarried woman puts her ring finger in the hole, she will soon become engaged.

Inside the home are other pieces that showcase the battle’s effects, including the stove that Jennie Wade was cooking at when she was shot and a bed with a bullet hole in the frame. There’s even a plank of wood that still has her blood on it.

Guides take visitors through the home and tell the story of Jennie Wade and her family and how they spent those three fateful days in July 1863. In addition to seeing the kitchen where Jennie died and the bedroom where her sister slept with her newborn child, tours also head to the attic where Union sharpshooters took up residence during the battle. They then conclude with a visit to the cellar where Jennie’s body was taken and her family hid during the last hours of the battle.

While the Jennie Wade House might not be one of the top two or three things to do in Gettysburg, it offers an interesting look back at this tragic story. It, along with the Shriver House Museum and the Gettysburg Heritage Center, showcase what life was like for the residents of Gettysburg during the battle.

So, if you’re looking to dig deeper into the effects of the Battle of Gettysburg, a stop at the Jennie Wade House is a great choice.

Before leaving Gettysburg, take a few minutes to pay your respects at Jennie Wade’s Grave. After being buried in several different spots, Wade’s final resting place is in the nearby Evergreen Cemetery.

Above her grave, there is a statue of her and an American flag that is flown at all hours of the day. 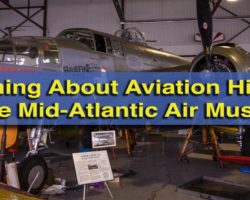