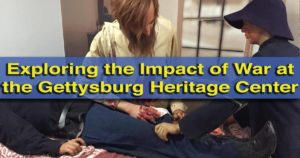 For more than 50 years, one of Gettysburg’s most well-known museums was the American Civil War Wax Museum. However, in early 2014, the museum was closed and the wax figures sold off. After an extensive renovation, the museum reopened in early 2015 as the Gettysburg Heritage Center.

Occupying a prime location in the heart of downtown Gettysburg, this new museum offers visitors a chance to look at what life was like for the town of Gettysburg before, during, and after those three fateful July days in 1863. Having visited most of the other Civil War museums in Gettysburg, I decided to check out this new display to see if it was worth visiting for the average traveler to the region.

The Gettysburg Heritage Center focuses more on interactive exhibits than any other museum in the area. The museum is full of 3D displays, videos, interactive experiences, and dioramas. These are combined with fresh and modern exhibits that shed an interesting light on what life was like for the civilians who lived in Gettysburg.

The Gettysburg Heritage Center covers a variety of topics related to Gettysburg that you won’t find much about elsewhere. These include pre-war industries in the town, the men who went away to fight in the war (and ended up back in Gettysburg for the battle), and how the community dealt with the injured and dead from the battle, which outnumbered the residents 21 to 1.

My favorite part of the museum was the simulated cellar experience. Visitors enter into a dark room, while video screens and speakers transport visitors back to 1863. The presentation is designed to show you what it was like for the residents of Gettysburg who were hiding in their cellars during the battle. This demonstration is quite effective and might even scare some children.

Another part of the museum that I enjoyed was the collection of items from around the town that had bullet holes or even bullets still lodged inside. This really gave an excellent demonstration of how much the battle raged around the community and how it affected the lives of the average resident of Gettysburg.

The Gettysburg Heritage Center also features a nice collection of 3D images of the battle’s aftermath. While I had previously seen many of the photos on display, seeing them in 3D gave them new life. While they were somewhat disturbing, it gave me a much better understanding of the horror that the residents of Gettysburg faced after the battle.

Visits to the Gettysburg Heritage Center end with a short program in the museum’s theater. The visuals in this room have changed very little since the museum’s days as a wax museum and feature dozens of wax figures portraying a scene from Pickett’s Charge. What has changed here is the program that is used in conjunction with the wax figures to tell the story of the battle.

While this program might not fit entirely within the museum’s new mission of telling about how the battle affected the town, it is still well done and offers a nice reminder of what the building once was.

Overall, the Gettysburg Heritage Center does an excellent job of covering the battle’s effects on the town of Gettysburg and its residents. While this is covered to an extent at the battlefield’s museum, the Seminary Ridge Museum, and the Shriver House, there is nowhere in Gettysburg that does a more complete job telling the story.

While some of the museum’s exhibits might be a bit much for some young children, the quality of the modern displays and the number of interactive elements make this a very well done museum. While it might not be a must-visit museum, it certainly is worth considering for those looking to really dig deep into the stories surrounding the Battle of Gettysburg.

Note: My visit to the Gettysburg Heritage Center was hosted by Destination Gettysburg. However, the opinions expressed are my own.

See map below for other area attractions.
177 shares 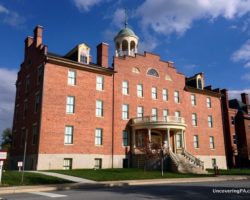 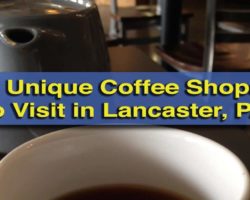 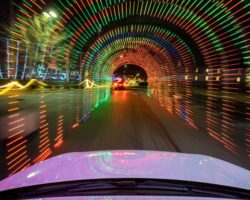