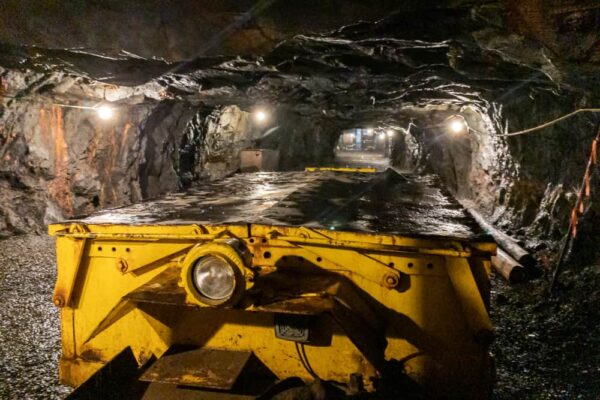 Northeastern Pennsylvania’s Coal Region is well known for having the largest deposit of anthracite coal in the Americas. While there are still coal operations throughout the region, in the late 19th and early 20th centuries, coal was a powerful economic driver in the region and drove tens of thousands of immigrants to this corner of the state.

Today, a few sites have been set up to tell the story of this history and offer a look at what life was like for coal miners. One such site is the Number 9 Coal Mine and Museum in Lansford, PA.

The Number 9 Coal Mine was opened in 1855 by the Lehigh Coal and Navigation Company. The mine featured miles of tunnels and went as far as 800 feet below the surface. It produced a significant amount of anthracite coal from the Panther Valley’s Mammoth Vein in Carbon County, PA.

In 1972, the mine was officially closed. However, its 117 years of operation makes it still the longest continuously operating anthracite coal mine in the world.

In 1992, 20 years after closing for business, the Number 9 Coal Mine was opened for tours to those wanting to learn more about this industry that built Northeastern Pennsylvania. Believe it or not, this is the oldest former coal mine that can be toured in the United States.

Tours of the Number 9 Coal Mine start off in the museum adjacent to the mine’s entrance. While not as in-depth as what you’ll find at the Anthracite Heritage Museum in Scranton, the museum is definitely larger than those at the other coal mine tours I’ve done in PA.

The museum is filled with artifacts relating to the coal industry in the region. While more signage would have really helped to better explain the items on display, it’s still really neat to see what has been gathered here.

While you could spend hours exploring every item in the museum, there were a few highlights that are worth checking out.

The first was a large model of the Number 8 Breaker that was an important step in the process of making the coal mined here useable. While the building itself is gone, this model allows you to better understand the process of turning coal into a useable product.

I also really enjoyed the collection of jewelry and other items that were made out of coal. Given how often you see and think of coal as just being for fuel, it was really neat to see items that used coal in decorative ways.

Tours of the mine itself last about an hour and run every hour on the hour (with the last tour one hour before the site closes). Depending on when you arrive, you might have to spend a bit of time checking out the museum after your tour.

Tours of the mine start from the museum where visitors are offered both a coat and a hard hat. I recommend bringing a coat or sweatshirt with you, though so you don’t have to worry about the sizes available. As for the hard hats, while the ceilings are generally high, I still recommend wearing one, especially if you are tall as there are a few spots where you’ll need to duck.

After climbing in the mining car (definitely the physically hardest part of the tour), your tour guide will drive it a quarter mile into the mountainside.

Unlike the Lackawanna Coal Mine Tour in Scranton where the path into the mine is on a steep slope, the ride here is quite flat, though very bumpy, like you’ll experience at the nearby Pioneer Tunnel Coal Mine Tour and the Tour-Ed Mine near Pittsburgh.

After riding a quarter mile into the mountain, the train stops and you exit the car nearly 200 feet below the earth’s surface.

Once you’ve managed to squeeze out of the car that brought you into the mine, the guide offers a great overview of the mine and its history.

The tour doesn’t cover a significant amount of distance but does offer the chance to see several areas of the mine.

As you are guided through the space, guides provide a wealth of knowledge about how mining worked during the era it was open and how mining changed over the years.

One of my favorite spots was the mine’s old cage shaft, which worked much like an elevator. This incredible piece of engineering once took miners as much as 600 additional feet below ground. If you look between the cracks in the cages, you can see deep into the mine, which is flooded approximately 200 feet further down the shaft.

Another neat area is the hospital that was carved directly out of the rock. This hospital was part of the concessions that workers got over the years as working conditions slowly began to improve. However, as guides usually point out, there wasn’t a significant amount medical supplies available in these mine hospitals.

After learning about the history of mining inside the Number 9 Coal Mine, you return to the mining train cars for the ride back out of this historic mine.

I’ve visited several different coal mines in Pennsylvania and each offers something a bit different and a unique reason to visit it.

For the Number 9 Coal Mine and Museum, I was most impressed by some of the historic elements that still existed within the mine and the quality of their museum. Even if you’ve visited other coal mines in PA or beyond, this is still a great spot to visit.

Looking for more places to visit nearby? Check out Eckley’s Miners Village, the Greater Hazleton Historical Society Museum, Locust Lake State Park, and the best things to do in Jim Thorpe, PA.

Number 9 Coal Mine and Museum 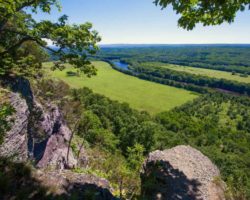 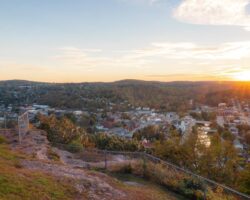 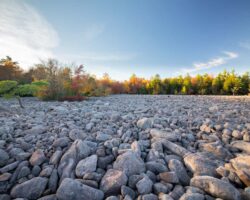 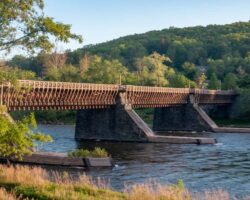 2 thoughts on “Touring the Number 9 Coal Mine: The World’s Longest-Operating Coal Mine”