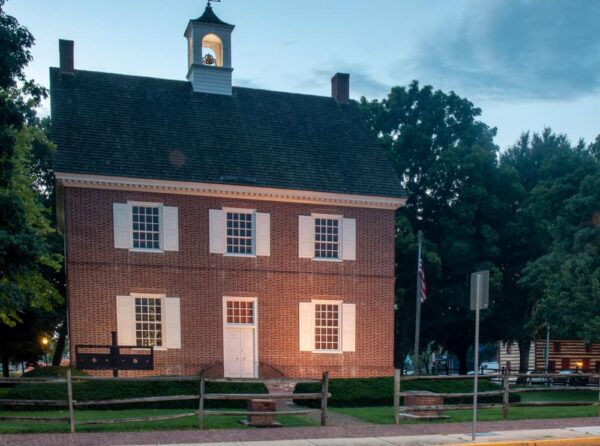 While Philadelphia’s Old City, and specifically Independence Hall, are often considered the spot where the United States was begun, did you know that York, Pennsylvania can also make the same claim?

In September 1777, the Second Continental Congress was forced to flee Philadelphia because of the loss at the Battle of Brandywine. After a single-day stop in Lancaster, Congress opted for the safety of the far bank of the Susquehanna River and settled in York, Pennsylvania.

From September 30, 1777 until June 27, 1778, the Second Continental Congress met in York’s courthouse. While there, they drafted and ratified the Articles of Confederation (giving rise to the idea that York was the nation’s first capital), declared the first Thanksgiving, and first used the term “United States of America.”

Today, the York Colonial Complex keeps this history alive with tours of the recreated courthouse and several other historical buildings. The complex is part of the excellent York County History Center, and tickets are good for their other locations around the city like the Fire Museum of York County and the Agricultural and Industrial Museum.

Tours of the Colonial Complex start from a small building behind the colonial courthouse. They last roughly an hour and offer a look inside three different buildings in downtown York.

My tour started with a walk through the Golden Plough Tavern. Built in 1741, this is believed to be the oldest building that is still standing in York. Originally constructed as a home for the owners, a second floor was soon added to the structure allowing it to become a tavern.

Frontier taverns were a place for travelers to rest and get food, as well as for locals to come and learn the news of the day. The Golden Plough has been restored to its historic charm and has been set up as it would have looked in the late 1700s when many of our Founding Fathers likely visited the tavern.

A modern hallway connects the Golden Plough Tavern with the General Horatio Gates House next door. This home was built in 1751 for a local family. However, while the Continental Congress was in York, General Horatio Gates, most famous for his victory in the Battle of Saratoga, stayed here.

While Gates was in York, he was visited by Lafayette. It is said that Lafayette’s staunch support for George Washington prevented Gates from assuming command of the military. A statue outside of the home features Lafayette saving the day with a timely toast.

The home is set up as it may have looked in the winter of 1777-1778, but little is known about how the home was actually used. However, it’s still fascinating to see how a well-appointed frontier home would have looked at the time and learn the stories associated with it.

Our final stop on the tour of the York Colonial Complex was the recreated colonial courthouse.

The original courthouse was located in the town square, which today is the intersection of George Street and Market Street. Unfortunately, it was torn down in the mid-1800s. If you visit the intersection and look closely, you can see a faintly painted line that represents the original outline of the courthouse as it was found during excavations.

Today, the courthouse sits a few blocks away, having been rebuilt to commemorate the country’s bicentennial in 1976. Despite being a recreation based on sketches of the original, it was very well done, and you’d be forgiven for thinking it was the original courthouse.

On the inside, the courthouse is a single large room that has been set up to resemble a colonial courthouse. However, my guide quickly noted that while the interior looks quite similar to Independence Hall, this is likely not very accurate.

Since the Continental Congress fled Philadelphia so quickly, they didn’t have time to take furniture with them. Turning a small courthouse into a room that could seat dozens of representatives and their staffs required many locals to donate pieces of their own furniture to the cause. This likely created a very haphazard look inside the building.

However, there are several pieces of furniture that are thought to have been here during the Congressional sessions and guides point those out during tours.

Nevertheless, despite the somewhat romanticized recreation, it’s fascinating to learn about the struggles of the Continental Congress during their time in York.

During the nine months that they met in York, the Continental Congress ratified and signed the Articles of Confederation, the country’s first system of government. It was also here that the term “United States of America” was first used as the country’s name.

Because of these two accomplishments, some consider York, Pennsylvania, to be the first capital of the United States.

Overall, a tour of the York Colonial Complex offers an interesting look at a little-known and consequential period of American history. For history buffs looking to explore the country’s past, this is definitely a spot that shouldn’t be missed.

Looking for more unique history? Check out these spots associated with George Washington and these little-known Revolutionary War sites in Philadelphia.

Note: My tour of the York Colonial Complex was hosted by the York County History Center. However, the opinions expressed are my own.

See map below for other area attractions.
1.6K shares 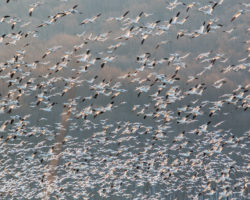 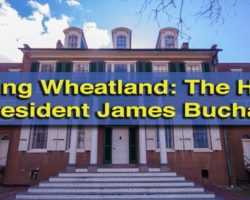 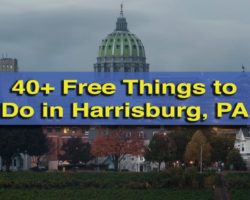 1 thought on “The York Colonial Complex: Exploring the Birthplace of the United States”