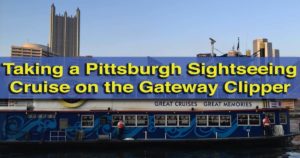 Pittsburgh has many defining qualities. From its many championship sports teams to its iconic skyline and industrial past, there are many different qualities that make Pittsburgh Pittsburgh. However, there probably isn’t anything that’s had more of an effect on Pittsburgh history and culture than its three rivers.

The city of Pittsburgh was first settled by Europeans in the mid-18th century. Access to the Forks of the Ohio, as the area is officially known, was one of the major catalyst that began the French and Indian War. It’s also the reason for the high concentration of industries throughout the city of Pittsburgh.

Today, Pittsburgh’s rivers do not have as much cultural impact on the city as they once did. However, the three rivers (the Allegheny, the Monongahela, and the Ohio) still dominate the city’s landscape. In fact, the rivers are so ingrained into the layout of the city that Pittsburgh is home to more bridges than any other city in the world.

Given the three rivers’ historical and cultural significance, as well as the way they wrap around the downtown area, there is no better way to explore the city than by boat. While several companies rent small personal watercrafts, a river boat tour of the city is more my speed.

The Gateway Clipper leaves from Station Square on the city’s South Shore, just steps from the Monongahela Incline, which takes passengers to the top of Mount Washington. The fleet has been sailing the rivers of Pittsburgh since 1958, and now features six boats with capacity of up to 1,000 visitors.

While the Gateway Clipper Fleet offers a variety of cruise options, such as diners, fall foliage tours, and even pirate-themed trips, most visitors opt to take the one-hour sightseeing tour of Pittsburgh. During a recent visit to Pittsburgh, I had the opportunity to climb on board and see what these tours are all about.

The onboard experience is fairly similar no matter which boat you board for your sightseeing cruise. Since seating is not reserved, riders can choose from a variety of spots, both indoor and outdoor.

While indoor spots might make it a bit more difficult to take photos, some outdoor spots have poor quality speakers, so the narration can be hard to hear. Because of this, you’ll want to make sure that you choose which option is most important to you. After all, the views are amazing, but the narrated guide provides a lot of great information about the city of Pittsburgh.


It’s also worth noting that the Evening Sightseeing cruises can be challenging for photos. Since the ship is constantly moving, it can be hard to shoot photos after it gets dark. While this is a great time to see the city, it might not be the best option for those looking to take photos of Pittsburgh from the Gateway Clipper

Sightseeing cruises only last about an hour, and they typically travel along all three rivers, offering fantastic views of downtown Pittsburgh from a unique angle. On my trip, we headed up the Monongahela for a short distance, before heading to The Point and turning up the Allegheny. We then turned around and ended a few hundred yards off The Point in the Ohio River.

All too soon, the sightseeing cruise on the Gateway Clipper comes to an end. Without a doubt, there is no more relaxing or beautiful way to see Pittsburgh. Whether you’ve lived in the city your whole life or are visiting for the first time, taking a Pittsburgh sightseeing cruise on the Clipper will give you a unique view of the city and a new appreciation for the history, culture, and beauty of this amazing city.

Want to take another sightseeing cruise in Pennsylvania? Check out the Just Ducky Tours in Pittsburgh, the Proud Mary Showboat on Raystown Lake and the Hiawatha on the Susquehanna River in Williamsport. 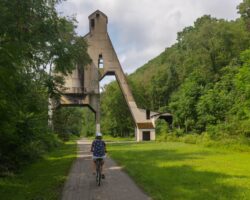 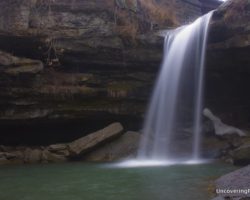