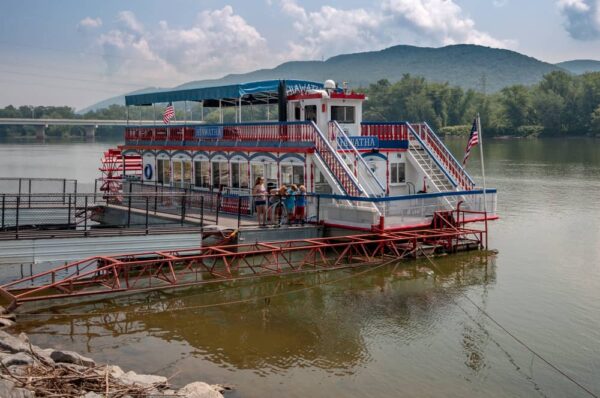 Disclosure: This article may contain affiliate links. We will make a small commission from these links if you order something at no additional cost to you.
There’s little that’s better than cruising along a major waterway, the wind blowing through your hair, as you look at the beauty surrounding you. However, unless you have your own boat or want to go through the expense of renting one, it can often be difficult to experience a destination from the water.

Fortunately, there are several great public boat cruises in the state, including Williamsport’s Hiawatha Riverboat.

The Hiawatha boat departs from the banks of the Susquehanna from Susquehanna State Park. The park occupies a small spit of land in the southwestern corner of the city and features little more than a parking lot, pavilion, and boat launch to ride the Hiawatha.

The Hiawatha Riverboat has been cruising on the Susquehanna River in Williamsport since 1991. It was named after another paddlewheel riverboat that was destroyed during the spring ice thaw in 1914. That boat was named after an Iroquois Indian chief named Hiawatha who was instrumental in bringing together the Five Nations of the Iroquois Confederacy and lived in Pre-Columbian America.

The Hiawatha runs a variety of cruises, and I had the chance to ride one of their sightseeing cruises thanks to a ticket supplied to me by the boat. The hour-long cruise departs several times a day on cruise days (see below).

Boarding starts about 10 minutes before the cruise leaves. However, getting there earlier is recommended, especially if you want to get your choice of seats. While I looked at both the enclosed bottom deck and the open-air top deck, I opted for a seat on the bow of the boat.

As the boat pushed away from the dock, I have to be honest that I was a bit surprised. Instead of heading east towards downtown Williamsport, we turned upstream and headed west.

I had assumed that the trip would be traveling through the city, as the Pride of the Susquehanna in Harrisburg and the Gateway Clipper in Pittsburgh do. However, any disappointment I had quickly vanished as we made our way along a very beautiful part of the Susquehanna River.

As we rode, jet skis, speedboats, and even water skiers flew past our slow-moving riverboat. Despite the slow speed, the pace that we traveled was perfect for an enjoyable ride on a beautiful day. Seeing the Susquehanna River in a way that few visitors to the area experience was quite special.


Shortly after leaving the dock, a narration came over the loudspeaker. While it covers a few other topics of local history, it focuses mostly on the area’s rich lumber history, and the important role that the Susquehanna River played. The narration lasts for about a third of the trip, with music being played for the remainder of the trip.

Whether you are interested in the history or not, riding Williamsport’s Hiawatha Riverboat along the Susquehanna offers a great chance to see the beauty of the river. I doubt there’s a more relaxing way to see the region than on the Hiawatha.

Cruising on the Hiawatha Riverboat

The Hiawatha Riverboat also runs a variety of special cruises, including Family Nights, Wing Nights, and Concert Cruises. The full schedule for those special cruises can be found on their website.

The Hiawatha offers an onboard snack bar that sells simple food, non-alcoholic drinks, draft beer, and even some cocktails, all at surprisingly reasonable prices.

Note: My rides on the Hiawatha Riverboat was hosted by the boat. However, the opinions expressed are my own.

Looking for more things to do in Williamsport, PA? Reptiland is nearby in Allenwood, PA. Fan of museums? Also nearby is the World of Little League Museum, the Taber Museum, and the story of the Fair Play Men. 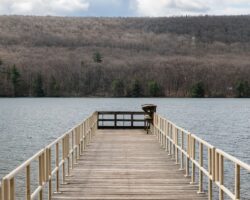 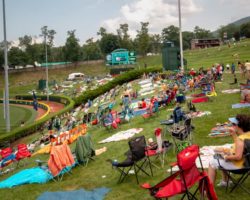