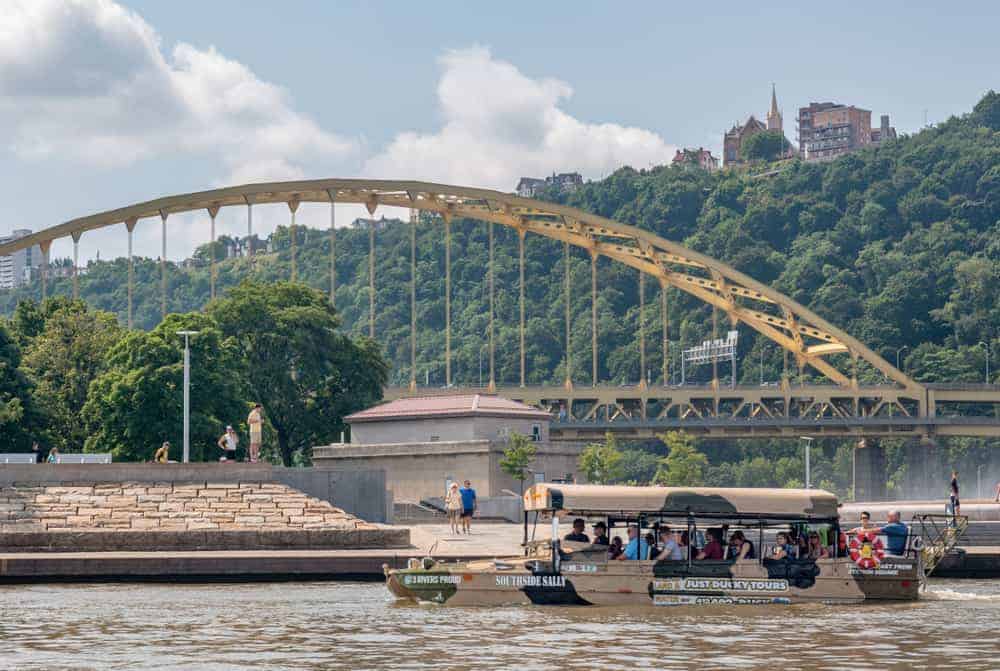 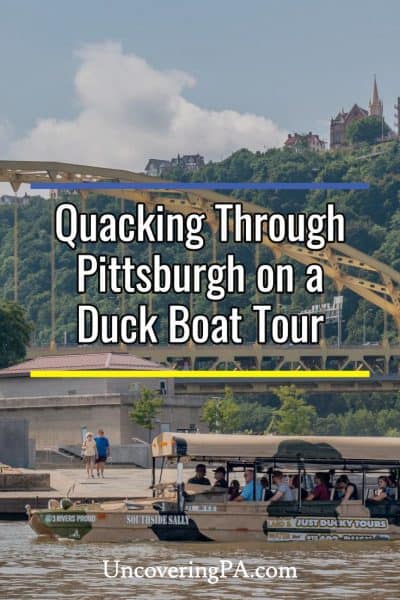 Note: Just Ducky Tours are not running in 2019. This page will be left up in hopes that they run again in the future.

Have you ever wanted to quack at someone and not feel strange about doing it? If so, the Just Ducky Tour in Pittsburgh is the perfect choice for you.

Just Ducky Tours have been operating in Pittsburgh since 1997 and run a fleet of eight amphibious World War II DUWK boats. This style of boat was used as amphibious landing craft in places such as Normandy and Guadalcanal.

While the boats run by Just Ducky Tours never saw combat, they do date back to World War II, making them interesting historical artifacts.

Tours on the duck boats last roughly an hour and start from Station Square, which is across the Monongahela River from downtown Pittsburgh. After checking in at their store front, tours start a short distance on the opposite side of the street.

The store offers a variety of Pittsburgh and Just Ducky-themed gifts. I was a bit disappointed that our tickets didn’t include the famous duck boat quakers that I’ve come to associate with the tour. Nevertheless, I picked one up for my son for just a few dollars, and they really do make the trip a lot more fun.

The duck boats feature roughly two dozen seats, most of which are under the boat’s canopy. At the back of the boat, there are a few uncovered seats. These provide fantastic views of the skyline while driving through the city, but also expose you to the elements.

If you are particular about your seat, I suggest getting in line a few minutes early as there are no assigned seats on the vehicles.

The crew of the duck boat includes a driver and a guide. The Just Ducky Tours in Pittsburgh last about an hour, depending on traffic, and include a tour of downtown Pittsburgh and a ride along the city’s rivers.

After crossing into downtown Pittsburgh, the driver pilots the vehicle along the city streets while the guide offers narration about the city. Even as someone who knows a lot of Pittsburgh trivia, I definitely heard a few tidbits that were new to me.

That kept the tour interesting for the adults, while my four-year-old son enjoyed quacking throughout the trip (as we were often encouraged to do by our guides) and the sights and sounds of the city.

After 20-30 minutes, we headed for the duck boats special ramp that allowed us to access the water.

After splashing in, we went on a boat tour of the city. Depending on which ramp they opt to utilize for the tours, the exact views might vary a bit, but tours typically include a trip around The Point and a chance to be on all three rivers.

During this portion of the tour, the driver provided narration while allowing anyone that wanted to to drive to duck boat. As with the tour through the city, the guide offered many interesting pieces of Pittsburgh trivia and made the tour both engaging and educational.

Moving at a rather slow clip offers the chance to really enjoy how beautiful Pittsburgh is from the water. While I had previously taken a tour on the Gateway Clipper, it was great to once again be out on Pittsburgh’s rivers and seeing the city from many different vantage points.

After about 30 minutes on the water, it was time to once again return to land and head back to Station Square.

While the Just Ducky Tours of Pittsburgh aren’t overly long, they provide a wealth of information and offer a unique opportunity to experience Pittsburgh from both the land and the water. The narration was quite interesting and should provide new information for even the most knowledgable yinzers. However, the narration is also far from dry, and while it’s frequently quite corny, it provides a lot of fun and laughs over the course of the tour.

If you are looking for a fun and unique way to experience Pittsburgh, I definitely recommend checking out Just Ducky Tours.

Note: Just Ducky Tours are not running in 2019. This page will be left up in hopes that they run again in the future.

Note: My family was hosted by Just Ducky Tours. However, the opinions expressed are my own.

Looking for more kid-friendly things to do in Pittsburgh? Check out the Children’s Museum of Pittsburgh, Randyland, and the National Aviary.

See map below for other area attractions.
141shares 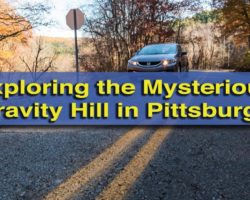