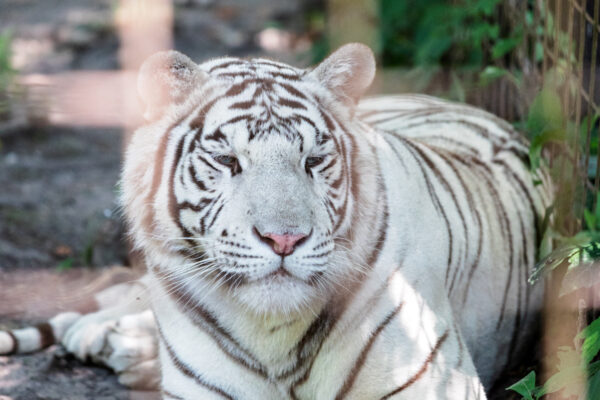 Pennsylvania is home to many great zoos, but there are only a handful of wildlife sanctuaries in the state. Because of this, I was excited to recently have the chance to check out T&D’s Cats of the World.

T&D’s Cats of the World is located in Penns Creek, a small community in Snyder County, Pennsylvania. It was founded in 1990 by Terry and Donna Mattive on land adjacent to their home and is one of the very few exotic animal rescues in PA (the Wolf Sanctuary of PA in Lancaster County is another great example).

Today, Terry Mattive still runs the sanctuary along with two of his children (his wife is now deceased) and a team of volunteers. Amazingly, T&D’s Cats of the World makes no money for the Mattives, with Terry living off of his police officer pension.

While the story sounded great, I always do a bit of research into small private zoos before I visit them to make sure that things seem to be on the up and up. After all, I wouldn’t want to pay money to visit a facility that treats animals poorly or recommend them on this page.

They also don’t buy, sell, or trade animals, giving them a home for life at the sanctuary. There is also no breeding on the property. All of the animals on site are rescued from bad situations or taken in when other animal parks go out of business.

Furthermore, they are licensed by both the federal government and the state of Pennsylvania and, since they have maintained their license, meet or exceed all the requirements from them.

Satisfied that this was seemingly a good place for animals, my family and I visited on a very warm summer afternoon.

T&D’s Cats of the World is located in a forested area along a quiet road west of Penns Creek, PA. The entrance to the sanctuary is through the gift shop which, from the outside, resembles an old barn.

Depending on when you visit, you may be able to go on a self-guided tour or be required to go on a guided tour.

On summer weekends (May – Labor Day Weekend), visitors are allowed to take a self-guided tour through the sanctuary, and there are volunteers set up periodically throughout the property to answer any questions that you may have.

If you visit on a summer weekday or on a weekend in September, all visits are by guided tour, offered several times throughout the day and lasting about an hour and 20 minutes. (Note that they are always closed Mondays and Tuesdays, including Labor Day.)

While I’m sure the guided tours are excellent and allow you to learn more about the facility and the animals, I opted to visit on a weekend so that my young kids would be able to enjoy the space at their own pace. Because of this, my comments will be related to visiting on a self-guided tour.

When doing the self-guided tour at T&D’s Cats of the World, there is an easy path to follow that is well marked and takes you around the facility and past all of the enclosures. Interestingly some of the enclosures are quite large (even as much as 1-2 acres in size), so some of them you see several times.

It’s worth noting, however, that these large enclosures often provided forested habitats for the animals, and, thus, some may be difficult to find. While these large enclosures are great for the animals, they do mean that you are never guaranteed of seeing certain species. However, the focus at T&D’s Cats of the World is clearly on the rescued animals, with visitors being of secondary importance (which is a good thing).

Because of this, we only saw a small number of the sanctuary’s tigers and wolves and none of their cougars.

While the sanctuary is called “Cats of the World”, it actually was a bit into the tour before we saw any of the cats. Instead, the path took us past other exotic animals like the Patagonian cavy, black bear, and a variety of monkeys before we finally got to the cats.

All told, there are said to be around 300 total animals at T&D’s Cats of the World, with more rescues accepted as there is space for them. Of these animals, approximately 50 are felines including tigers, lions, bobcats, cougars, lynx, and servals.

The felines, particularly the tigers, are the star attractions here and can be seen (or not seen) roaming their large enclosures. In fact, the highlight of the trip for me was seeing a beautiful white tiger resting along the fence and posing nicely for photos.

For my kids, on the other hand, I think the highlight was the chance to feed the deer some food from an ice cream cone ($1). These were the only animals that you were allowed to feed and touch on the property, and my kids really enjoyed the experience.

In addition to the large portion of the sanctuary where you’ll find mammals and some larger birds, there is also an aviary located across the street from the entrance.

The aviary is a small additional charge but is not always open to the public. Unfortunately, this was the case during my visit, so I was unable to check out this portion of T&D’s Cats of the World.

If visiting the aviary is important to you when visiting, it’s probably best to contact the site before you visit to inquire if it’s open.

Overall, I was definitely impressed with T&D’s Cats of the World. While I was a bit skeptical at first, I found the space to be of high quality and I was impressed with the quality of the facility.

While some of the larger enclosures do make it a bit difficult to see the animals, this is actually a positive for the creatures that call this space home. I just feel like it’s worth noting that some of the larger animals here can be harder to see than at a more typical zoo so that you can be prepared to possibly not see every animal.

All that being said, I don’t hesitate at all to recommend T&D’s Cats of the World in Snyder County, PA as a fun spot for animal lovers to visit.

Looking for more places to visit nearby? Check out the covered bridges of Snyder County, Rusty Rail Brewing Company, and Clyde Peeling’s Reptiland.

T&D’s Cats of the World

See map below for other area attractions.
359 shares 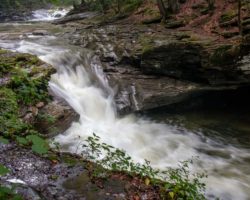 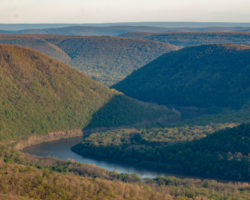