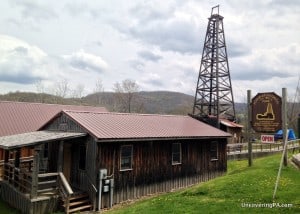 In 1881, the business of oil drilling was still relatively new. After all, it had been just 22 years since Edwin Drake drilled the world’s first commercial well near Titusville, Pennsylvania. In Bradford, Pennsylvania, however, oil was already big business.

90,000 different oil jacks dotted the landscape of McKean County producing nearly 23 million barrels of oil that year. While those might sound like small numbers today, that was actually 77% of the oil produced in the entire world in 1881. The oil field around Bradford had become the world’s first billion-dollar oil field.

To learn more about the areas’ oil drilling history, I took some time to visit the Penn-Brad Oil Museum in Bradford.

From the outside, it might be easy to mistake the museum for an overstuffed antique store. Giant pieces of machinery fill the grounds, including a towering turn of the century oil rig, and the exterior of the museum has a rustic feel that is often associated with a rural antique shop.

Once inside, visits start with an introductory video. For those who find themselves longing for the days of poorly produced science videos, you’re in luck. The video at the Penn-Brad Museum is quite amusing for its lack of production quality, but if you can get past the video’s cheesiness, you’ll discover that it is actually full of great information about the history of oil drilling in Northwest Pennsylvania.

When the video finishes, guided tours take you through the rest of the museum. On the day I visited, our guide was a grizzled veteran of the oil fields. What he may have lacked in polish, he made up for in knowledge of the industry.

The first stop was the smaller artifacts in the museum that included things like historic oil cans, maps, and a small working model of an oil jack. While touring this section, our guide discussed oil drilling in the region, the uses of oil in the late 19th-century, and how oil from Pennsylvania differs from other oil around the world.

In the second area of the museum, there are quite a few pieces of large machinery. Much of the equipment had been used over a century ago to help bring the crude oil to the surface.

The clear highlight was the working steam engine that used to power multiple oil pump jacks. The steam engine was started by human power but had an engine that could keep it going once it got moving. It was neat to see such an old piece of machinery still working, even if it was just for show.

The last part of the tour consists of the outdoor equipment. This included information about the 70-foot tall oil derrick sitting outside the museum, as well as an oil lease house that was typical of the homes that many oil workers lived in during the McKean County oil boom.

Overall, visiting the Penn-Brad Oil Museum offers a great, if slightly rough around the edges, look at the history of oil drilling in the region.

If you are looking for a bit more polish and pizzaz, the Drake Well Museum near Titusville offers a bit more interactive look at the industry. However, if you find yourself near Bradford or are especially interested in the oil industry, a visit to the Penn-Brad Oil Museum is well worth your time.

Note: My visit to the Penn-Brad Museum was hosted by the Allegheny National Forest Visitors Bureau. However, as always, the opinions expressed are my own and were not subject to review.

Explore more of the area at the Zippo Museum, the Marilla Bridges Trail, Kinzua Bridge State Park, and the Old Jail Museum.

See map below for other area attractions.
272 shares 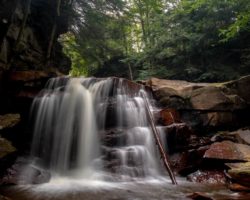 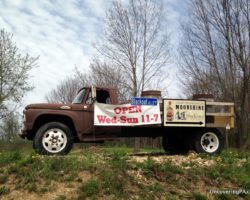 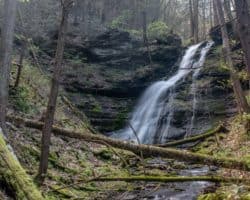