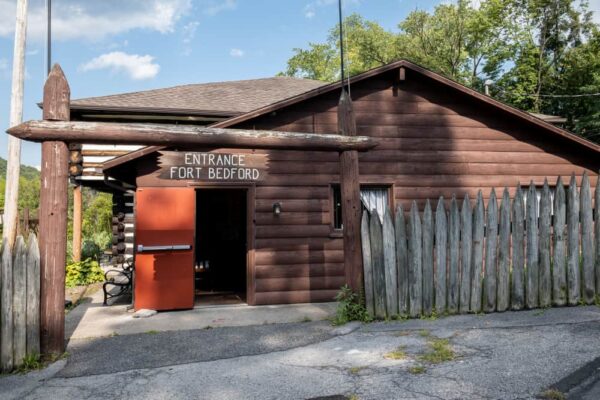 I always love exploring the little-known history of Pennsylvania, so on my last trip through Bedford County, I took some time to stop at the Fort Bedford Museum.

The Fort Bedford Museum is located in downtown Bedford near the location of a French and Indian War-era fort of the same name and only a short distance from the popular Old Bedford Village.

Fort Bedford was built in 1758 to help protect the supply lines along Forbes Road during the French and Indian War. Supplies and troops would come in through Fort Bedford on their way to points west like Fort Ligonier.

After the war, the fort remained active but was lightly guarded. According to legend, the fort was taken by colonials in 1769, the first British fort to ever be in the hands of the colonials.

This story is based on the memoirs of James Smith, a leader of the Black Boys and a veteran of the Battle of Bushy Run. While there is no definitive evidence to prove this story, it was featured in the 1939 film “Alleghany Uprising” starring John Wayne.

What is known is that the fort was used by a garrison of the colonial militia during the Revolutionary War, but saw little action.

After the war, the fort was torn down. While exactly when this happened is unknown, it’s assumed the fort was gone by 1794 when President George Washington stayed in Bedford during the Whiskey Rebellion.

A small portion of the fort was rebuilt in downtown Bedford along the banks of the Raystown Branch of the Juniata River in 1958 to tell the story of Bedford’s history on the fort’s 200th anniversary.

Today, the Fort Bedford Museum consists of a handful of large rooms inside the recreated blockhouse and highlights many aspects from both the fort and Bedford’s history.

After passing through the gift shop area, the first room highlights the history of the fort, the settlement of Bedford, and the Native Americans that once lived in the area.

I really enjoyed looking over the information about the Native Americans in the region. I feel like this sometimes gets a bit passed over in local history museums, but it’s clear that the Fort Bedford Museum has put a lot of thought into this aspect of the area’s history and view it as an integral part of the history of both the fort and the region. This is also one of the few places I can recall that talks about the historic Meadowcroft Rockshelter in their signage.

In my opinion, the two pieces in this first room that are especially notable are the model of Fort Bedford and its original flag.

The model does an excellent job of showing an overview of what a French and Indian War-era fort looked like and really brings to life the information about the fort that can be seen in the room.

The flag hangs high above the floor and is the original flag of Fort Bedford from 1758. This is an incredibly rare piece, and it’s thought to possibly be the only flag of its kind still in existence.

The museum’s second room focuses on transportation in the area as well as a bit of information about how to Civil War affected Bedford.

In this room, there are half a dozen historic wagons and sleighs that offer a glimpse into what transportation was once like in the region. There is also a Brumbaugh Conestoga wagon from 1814 on display that highlights Bedford’s role along the historic Forbes Road (much of which is now the Lincoln Highway).

There is also a small display about Bedford soldiers that fought in the Civil War including a drum, letters written home by soldiers, and weapons.

The third room at the Fort Bedford Museum tells the story of how Bedford became Bedford. This reminded me in many ways of a typical historical society museum in the type of pieces on displays and the type of stories told.

This room features everything from a Civil War cannon to a US mail cart. There is also information on the industries that helped build the area, a fascinating map of the area from 1766, and information on the famous Bedford Springs Hotel.

Before leaving the area, there are two nearby points of interest that are worth checking out.

The first is a small section of fort wall that has been rebuilt where the walls of Fort Bedford once stood. This is located a short walk downstream on the path adjacent to the river. Docents at the museum can point you in the correct direction.

The second is the Espy House. This building looks unremarkable today, but as a historical marker outside the home indicates, this was the building President George Washington used as his headquarters during the Whiskey Rebellion of 1794.

While neither stop takes more than a couple of minutes, they are both worth seeing while visiting the Fort Bedford Museum.

Overall, the Fort Bedford Museum offers a great look into the French and Indian War and the history of Bedford. While I would have liked a bit more about the history of the fort than a single room, the displays are incredibly well done, and they pack a lot of great information into the space.

If you are a history buff and have already explored spots like Fort Necessity National Battlefield and Fort Ligonier, the Fort Bedford Museum is a nice compliment. However, even if you haven’t visited those places, this museum is definitely worth checking out if you find yourself passing through Bedford County, PA.

Looking for more spots to visit in the area? Check out Coral Caverns, the Bedford Coffee Pot, the covered bridges of Bedford County, and Gravity Hill. 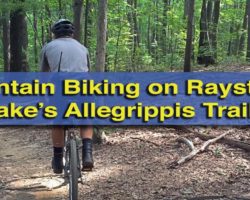 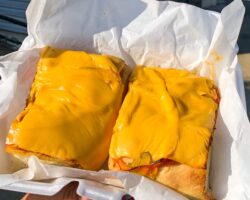 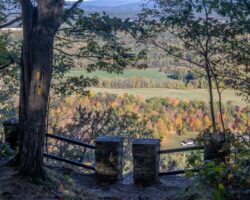 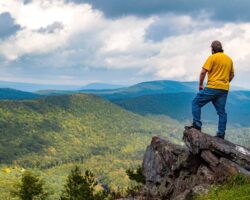 2 thoughts on “Visiting the Fort Bedford Museum in Bedford, PA”