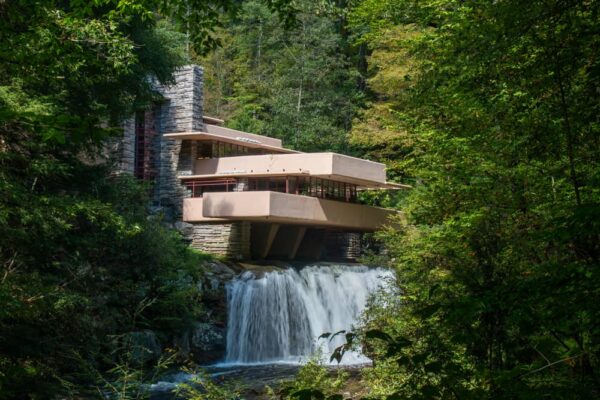 When you ask an architect about Frank Lloyd Wright, one of the first words out of his or her mouth will, without fail, be mention of his masterpiece, Fallingwater.

Located seventy miles southeast of Pittsburgh near Ohiopyle State Park, this iconic home is built literally on top of a waterfall and has attracted more than just engineers and architects; over 160,000 people visit the property each year.

The home was once a weekend retreat for the Kaufmann family, who owned a successful chain of department stores in the area. They commissioned Wright, famous for integrating his architecture with nature, to build the home for them in 1934.

Construction of Fallingwater began in April 1936 and was completed in 1939. Wright spent $155,000 to build the multi-story home (well above his initial estimate of $35,000), incorporating boulders from the mountain into the building’s foundation and steps that lead straight into the river below.

Driving onto the property feels isolating as the dense forest blocks out most of the light. However, as you step into the weekend home, the atmosphere immediately brightens. The living room is fully furnished and you can almost imagine a ghost of the Kaufmann family coming in from around the corner to relax in front of the sizable fireplace.

Low ceilings make the home seem more cozy than cramped, and the incorporation of wood brings the natural world inside. In fact, that was Wright’s intention; with the use of open space and large windows, my eyes were constantly drawn to the outdoors and the natural beauty surrounding the home. To completely isolate myself from the outside world would be impossible.

The Kaufmann family each had their own room, in addition to the kitchen, servant’s quarters, guest room, main living room, and the later addition of a guesthouse behind the main home. The rooms were compact and stacked on top of each other; the main house is three stories tall and the third floor holds only one room, belonging to the Kaufmann’s only son.

The interior of the home is nearly as fascinating as the architecture. Mrs. Kaufmann collected countless statues, rugs, paintings and original artwork from all over the world. I spent just as much time snapping pictures of tiny details as hanging my jaw at the views outside. Her taste in decorations was exquisite.

To go on a tour of the house, you’ll need to reserve tickets ahead of time. I recommend the in-depth tour as you’re able to learn much more about the construction of the home and the inside story of even small details, as well as visit every room in the house. The two hours were gone in a flash.

It should also be noted that interior shots of the home are only allowed on the in-depth tour. Visitors on regular tours can’t take photos during the tour.

Fallingwater is located south of Pittsburgh, within the Bear Run Nature Reserve, just off of State Route 381 in the Laurel Highlands of Pennsylvania.

Tickets are $30 for adults and $18 for children for the standard tour or $80 per person for the in-depth tour. Bear in mind that children under 6 are not allowed on any tours of Fallingwater. Reservations are highly recommended and can be made on their website or by calling 724-329-8501. If you just want to see the outside of the home, grounds passes are available for $10 each.

Opening dates and times vary, though the house is closed in January and February. For more information about the property’s history and tour schedule, visit Fallingwater’s website.

This is a guest post by writer Sally Bucey. 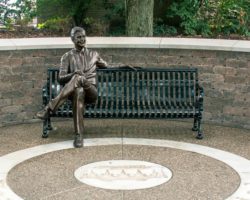 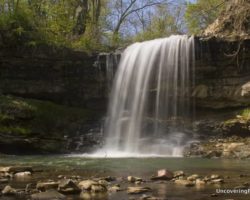 Sally Bucey blogs about travel and expat life at A Breath of Foreign Air. She’s interested in photography, foreign languages and befriending strangers all over the world when she’s not buried in a book and a cup of coffee.