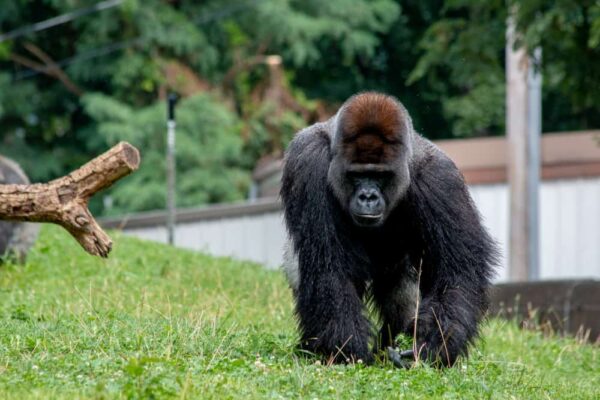 Located in Pittsburgh’s Highland Park, the Pittsburgh Zoo and PPG Aquarium is a fantastic place for the entire family to visit.

First opened in 1898 as the Highland Park Zoo, the zoo and now grown to be (what I believe is) the largest zoo in Pennsylvania with more than 4,000 animals in the zoo’s 77 acres of land. It is also home to one of the state’s only aquariums, making it a unique and fascinating place to visit for those that love animals.

During the summer of 2018, my family and I had a chance to explore this fun destination as guests of the zoo.

After parking in the free parking lot and getting our tickets, we had to head up to the top of the hill to start our journey. Guests have the option of either escalators or an elevator to get up to the main part of the zoo. If you are visiting with a stroller, this is a bit inconvenient, but shouldn’t be a huge issue unless it’s really crowded when you enter.

From the top of the hill, it’s a five minute walk down and back up a hill to get to the animals. The Pittsburgh zoo is designed to be best seen by visiting it in a clockwise direction. If you do the zoo in the opposite direction, getting around the aquarium can be difficult, but is otherwise doable.

Traveling clockwise, the first major exhibit you’ll reach will be the Amur tigers. Their exhibit is part of the Forest Passage part of the park, and you’ll also pass them when you leave the zoo. Nearby, the Pittsburgh Zoo is home to the rare Komodo dragon. Other than Clyde Peeling’s Reptiland near Williamsport, this is the only place you can see these creatures in Pennsylvania.

The zoo’s next area is the African Savannah. This area features many of the most popular animals at the Pittsburgh Zoo including elephants, lions, giraffes, and cheetahs. Overall, the exhibits here appear to be a nice size and give the animals a bit of room to roam.

The elephants have a large building where they can often be found. If you don’t see them outside, make sure to pop your head inside the building. Inside, there are also a few fun and interesting exhibits, including the chance to compare your feet to an elephants footprint.

Next to the African Savannah is the Pittsburgh Zoo’s primate house and the Tropical Forest. The hottest and stinkiest place at the zoo, the primate house features a great display of a variety of mostly small primates in different habitats.


Depending on the time of your visit, you may see the zoo’s troop of Western Lowland gorillas inside the primate house or outside in their large enclosure. Either way, the gorillas are a lot of fun to watch. In late May of 2018, a baby gorilla was born, which really adds a neat element to the experience of watching them.

Beyond the Tropical Forest and slightly out of the main path, are the zoo’s two newest exhibit areas: The Islands and Jungle Odyssey. These two sections feature neat thematic elements, such as a small beach in The Islands. Visitors can see animals such as the pygmy hippopotamus, clouded leopard, and Philippine crocodiles.

The Jungle Odyssey is also home to the zoo’s newest attraction, a zip line. While it struck me as rather short and a pricey additional charge, it was fun watching people zip over the animals.

From these two sections, take the short walk up to PPG Aquarium. This two-story aquarium features fish from around the world, as well as from nearby bodies of water.

There are dozens of tanks both large and small that visitors can check out. My young son especially enjoyed finding a tank that had “Dori” from the Finding Nemo series.

In the downstairs portion of the aquarium, don’t miss the chance to touch a ray or marvel at large fish in the two giant aquariums.

Outside of the aquarium was one of my personal favorite exhibits. Set up like a coastal fishing village, this is where the zoo keeps its aquatic mammals such as the polar bears, sea lions, seals, and river otters.

These animals were all very active during my visit, and it was a lot of fun to watch them swim through the water on a hot summer day.

What’s extra cool, however, is that each of these enclosures can also be seen from below. This gives visitors the unique experience of watching seals and sea lions dive from below the water in the walk-through tanks. Even more amazing was watching the polar bear swimming while standing below him.

The last section of the Pittsburgh Zoo is known as Kid’s Kingdom. This area of the zoo features many hands-on areas that are perfect for the entire family.

One definite highlight of this area are the California sea lions. If you can, make sure to stop by for the daily shows where you can see trainers working with the sea lions and having them do tricks for food.

Beyond the sea lions, Kid’s Kingdom is home to several giant slides. This area was especially great as it gives the adults a chance to rest while the kids burn off a bit more energy on the giant playground.

From there, visitors can head to several walk-through enclosures which offer the chance to pet animals ranging from kangaroos to goats. This wide variety of animals makes this one of the best petting zoos in Pittsburgh. There is also a very large American alligator that my wife and I thought was fake until we got closer.

The final area of the Kid’s Kingdom is the zoo’s reptile house. While not large, it does feature a very nice bat display (that is not recommended for those that are scared of bats as very little separates you from them in a dark room). There are also a variety of snakes and other reptiles inside this interesting building.

Overall, the Pittsburgh Zoo and PPG Aquarium in Pittsburgh’s Highland Park offers a great chance to see thousands of animals species up close. Unlike other zoos in the region that all seem to be missing a notable animal, the zoo in Pittsburgh offers the chance to see nearly any animal that you’d hope to see at zoo, and a few that are rarely seen.

The only exception would be birds. If you love these flying creatures, you’ll definitely want to head to the National Aviary in Pittsburgh.

I would have liked to have seen a bit more signage around that told me more about the animals at the Pittsburgh zoo, but that’s a fairly minor quibble given how great the zoo is on a whole. It’s also worth noting that the zoo is fairly hilly in a few places and requires a good amount of walking to do the entire loop.

However, there’s no doubt that the Pittsburgh Zoo and PPG Aquarium is a perfect destination for those looking for fun things to do in Pittsburgh with kids.

Note: My visit to the Pittsburgh Zoo and PPG Aquarium was hosted by the zoo. However, the opinions expressed are my own.

Want to visit other zoos in Pennsylvania? Check out Living Treasures, the Philadelphia Zoo, and Lake Tobias Wildlife Park.

See map below for other area attractions.
1.4K shares 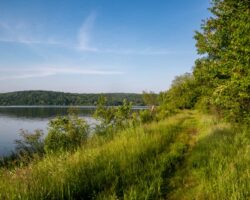 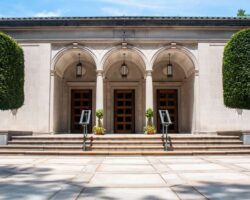