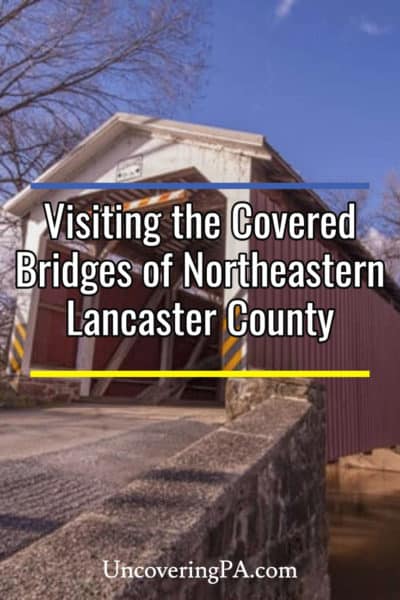 These five bridges are located in close proximity to routes 222 and 322 east of Ephrata, Pennsylvania. They are also located just south of the Pennsylvania Turnpike near the Reading exit. Thanks to these major roads that traverse north Lancaster County, visiting these five covered bridges couldn’t be easier.

Each of these five bridges are well-maintained and well worth the short diversion to see them during your travels or even a dedicated trip. They are listed in this guide from east to west, but they are just as easy to visit by reversing the order shown here.

Pool Forge Covered Bridge is located on private property and is part of Historic Poole Forge. Unlike many bridges on private property, this bridge is fully accessible and the park-like setting around the bridge makes access very easy for photos. The Historic Poole Forge area includes a 17th century iron master’s home, as well as a lime kiln and several exterior buildings. These historic buildings make for one of the most picturesque settings for a covered bridge in Pennsylvania.

Getting There: Pool Forge Covered Bridge is located near Route 23 in Caemarvon Township near the northeastern corner of Lancaster County. The bridge is located at the following coordinates: 40.129871, -75.976397.

More information about visiting Historic Poole Forge can be found on their website.

Getting There: Weaver’s Mill Covered Bridge is located in East Earl Township. It is located at the following coordinates: 40.141248, -75.997858. There is room for cars to pull off the side of Weaver’s Mill Road on either side of the bridge.

The land around Weaver’s Mill Covered Bridge is private property, but most of it was not posted when I visited. Be sure to always be courteous around these bridges so that access can continue to be allowed, and make sure to respect any no trespassing signs that you may see.

I tried to find information on when this bridge was moved to its current spot and came across a curious note. According to this site, the bridge wasn’t moved. Instead, a new bridge was built over the creek in 1961 and the creek was rerouted to go under that bridge instead. Should anyone have any more information about this, please comment below and let me know.

Red Run Covered Bridge sits on private property and can only be viewed from a the roadway. However, it sits close to the road, and can be easily viewed from outside of the gate. It currently appears that the bridge is being used for storage, and while I’ve seen covered bridges in worse shape, it certainly appears that it’s seen better days. Hopefully, the owners will refurbish this bridge at some point in the near future.

Getting There: Red Run Covered Bridge is located in Brecknock Township, along the banks of Muddy Run. It can be found at the following coordinates on the grounds of Red Rock Campground: 40.175401, -76.081099.

There is room to pull off along the side of the road. Note that the land surrounding the bridge is marked as private property, and you will only be able to view this bridge from Martin Church Road. Fortunately, the bridge sits close enough to the road that this isn’t an issue.

From here, it’s also a short drive up Route 222 to the covered bridges of Berks County.

It was built in 1891, and repaired after flood damage a year later.

Parking at this bridge is quite difficult, as there is little room to pull off to the side of the road when visiting. When I stopped by, I did my best to get off the road as much as possible and turned on my flashers. However, this may not be advisable depending on the amount of traffic along the roadway.

Keep in mind that since the area surrounding the bridge is residential, it is private property. Make sure to be respectful of landowners when visiting the bridge.

Bitzer’s Mill Covered Bridge has the distinction of being the oldest Lancaster County Covered Bridge that is still open to vehicular traffic. It was originally built in 1846 and was reconstructed in 1997. The bridge crosses the Conestoga River and is 98 feet long.

Parking here is a little tricky as the road is narrow. However, there is a bit of room to pull off on the northern side of the bridge, though it’s probably best to use your flashers.

Bitzer’s Mill Covered Bridge is surrounded by private property and fencing is located on all four sides of the bridge. This makes it hard to get a good look at the side of the bridge, but does make for a picturesque surrounding thanks to the farmland and many trees around the bridge. 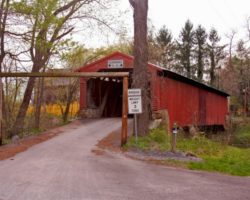 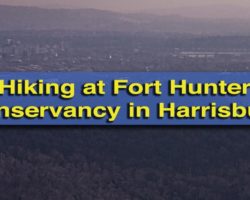